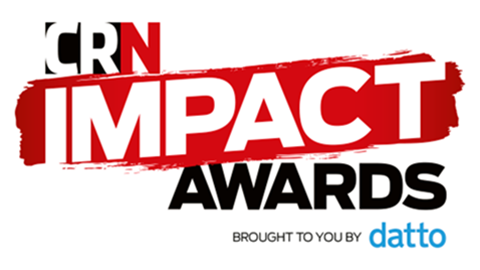 An internet upgrade for all Catholic schools across an entire state, a new cloud-based platform for financial services brokers and a consolidated portal to access court transcripts are the finalists in the Business Transformation category of the 2022 CRN Impact Awards.

With digital learning resources increasingly critical to educational institutions, Catholic Education Western Australia (CEWA) sought to upgrade the internet connectivity to its 155 schools across the state to support more than 80,000 students and teachers.

CEWA had previously invested in the development and implementation of the digital learning platform Leading Lights, which delivers a range of learning resources and enables communication and collaboration among students, staff, parents and administrators. But the success of this was dependant on Internet performance and reliability.

Orro Group was tapped to to replace the existing MPLS WAN solution with a new high-speed network that incorporated SD-WAN technologies and services from a mix of telecommunications carriers - Swoop Networks, TPG and Aussie Broadband. NBN Co helped build new fibre links to every school involved.

Fortinet was chosen for the SDWAN technology, with Orro citing such features as tailored security and application prioritisation, and the its ability to provide a carrier agnostic solution. The project was Fortinet’s largest SD-WAN deployment in Australia, and was also the largest for Orro in terms of SD-WAN and managed security, according to Orro.

The project started with network design work in February 2021, with pilots starting June 2021 and transition starting late 2021. While the implementation was yet to be completed when Orro nominated it, CEWA has reported an increase of bandwidth by 400 percent in each school.

B2B finance lender FlexiCommercial sought to transform its commercial finance application process, which had been a manual and lengthy undertaking that cost the company millions of dollars in lost revenue and resulted in customers moving to competitors.

Sydney-based 365 Mechanix was brought in to develop an automated platform to speed up the application process and reduce human error, as well as improved the user experience.

Using a mix of modern architecture and services, inlcuding Microsoft’s cloud offerings, and end-of-life products, 365 Mechanix automated some processes including validation of applicant data based on ASIC details, population of company, director and address details, integration with credit bureaus for credibility and decisioning, and validation of user input data and pre-population of fields based on prior information.

The new process also reduced hand-offs in FlexiCommercial and bottlenecks in origination, credit and settlements.

365 Mechanix said FlexiCommercial staff members' morale improved drastically as they no longer had to work 12 hour days to manage applications, and due  to reduced friction caused by handover problems. Brokers have also reported faster turnaround times and improved responsiveness to their needs.

Courts across New South Wales see some 35,000 transcriptions prepared annually to serve as court records, but in the past these had to be ordered from specific courts, which are located in 14 jurisdictions. The manual paper-based process also created the risk of human error.

The Department of Communities and Justice and Customer Services (DCJ) sought to modernise the process by consolidating  transcription portals and eliminating use of paper forms, which made it harder to manage non-fee waivers and capture non-disclosures contained as supplementary information. The project also aimed to elminate duplicate orders.

Sydney-based Seers Digital was tapped to design and implement an Online Transcript Portal, which it developed using the OutSystems low-code platform. The solution was developed to integrate with existing DCJ infrastructure and legacy back end court management systems.

Seers had to deal with unique requirements for different jurisdictions, complex system integrations and security checks. It credited agile methodology and the Department’s support for enabling it to complete the deployment over a 12-month period.

The project was delivered in stages and staggered for a rollout between internal customers in multiple jurisdictions, with Seers providing ongoing support while new requirements are requested. Seers said the project has saved the Department some $1 million a year in productivity.

Look out next week for CRN announcements detailing the rest of the finalists in the 2022 CRN Impact Awards.