Meet the buyers who became IT providers 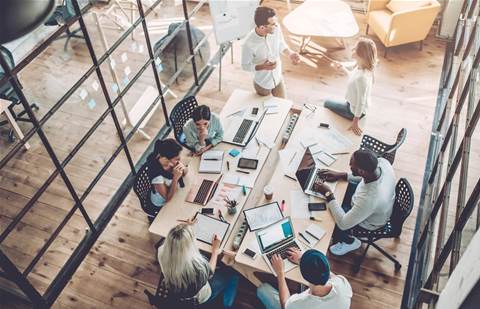 Thor Essman has a unique perspective on how to succeed as a reseller.

The former National Australia Bank (NAB) senior technology executive has worked both sides of the fence—as a customer and now a supplier of technology services—which informs his approach to business.

At NAB, Essman was frustrated that he “couldn’t buy an outcome to save my life”.

“Even with all [my] buying power, I had to buy people instead of an outcome,” Essman says. “There had to be a better way.”

That led to him founding Versent, AWS consulting partner of the year for the second year running. Adopting an ‘agile’ mindset spurred the Melbourne reseller’s growth and led to spin-off start-up, Stax, that was a finalist in this year’s CRN Impact Awards and featured at CRN Pipeline.

“When you buy enterprise software, you pay a lot and don’t use much. A lot of professional services companies are still labour arbitrage and work offshore.”

“Why is technology so different inside a corporate than in the real world? Why do we need a language of our own called ‘IT’. From Versent, you only get an outcome.”

Versent reuses solutions, limits bespoke development, automates processes and deployment, and uses pay-as-you-go services such as AWS. And although growing, it’s not hiring as many people as a traditional, ‘body-shop’ consultancy. Essman says Versent has 300 staff, and hires a handful every week.

“I can do more with team of seven than most of my competitors can do with 50. That allows me to bring the cost down.”

Essman has taken Versent on a journey similar to the automobile industry’s transformation from handmade cars to production lines. “Our secret sauce is prefabrication and repeatability. [Our] difference is [we] come from the client world, where the vendor told us that something had to be done specially for [us].”

Versent uses standards and open source technologies to create repeatable outcomes and “having that grit and discipline to commit to automation … to only doing it once”.

“How a bank or a government department does Microsoft Windows; how is that different? Our No.1 mantra we talk to customers about is, ‘Don’t be special’.”

The book that became Fragile to Agile

Glenn Smyth, founder of Adelaide consultancy Fragile to Agile, is another former bank technology executive who now helps end-customers navigate their digital transformations as a supplier of cultural change and IT services.

Smyth became a services provider by accident. Having spent nearly four years as chief architect leading transformation projects at Adelaide Bank (and during the Bendigo Bank merger) and in technology roles in the public and private sectors in Australia and abroad, Smyth had firm beliefs on digital transformation. A drink with his mentor in a bar convinced him that rather than take six months off to write a book on his custom methodology, he must first prove it in private practice.

“I wanted to prove the unique frameworks I developed guiding digital transformation were unique and superior to what” was around, Smyth says. He’s also taken out what intellectual property protections were available to him, including a logo trademark, and has pursued infringers. “There are unique aspects of our methodology that don’t exist elsewhere.”

The fledgling Fragile to Agile was a key partner in the $90 million transformation of ME Bank, which rebuilt its IT systems, involved more than 700 people, created seven software systems and migrated 320,000 customers.

“Often, it was clear the person responding misinterpreted what we were looking for. So make sure you go through and understand” the tender requirements.

He advises channel partners only to respond to tenders in their “sweet spot”. And ensure it looks professional: “No typos or spelling mistakes; make sure it has a logical flow and has headers, footers and diagrams”.

Being a customer sensitised him to human skills such as being politically aware of internal and cultural contexts: “It’s not just about having the right technical solution”.

A tough aspect of his transition from customer to supplier is adapting to cashflow constraints: “You don’t have to think about that as an employee”. And while he now takes a day off when he wants, he misses long holidays as an employee.

“The biggest negative is I used to take four to five weeks and have a mental break. [And] when I was contracting, I would take off two months for a refresh. I haven't been able to do that since starting the business.”

Although Smyth and Essman take queues from when they were users, Richard Byfield sees his start-up, TSS Cyber, as a seamless transition from his time in Defence patrolling Australia’s cyberborders.

“I went into business because I could be more useful to Australia from outside of Defence,” Byfield says of the business that grew from four to 40 staff in eight years. “I could be more agile, more focused and quicker than the machinery of government.”

And while he chafed at government’s restrictions, he also sought financial rewards and validation only the private sector provides.

“I didn’t feel that working in government gave me the freedom to follow my own path and ideas I felt were the right way to go for cyber[defence]. I was too forward-thinking at times for Defence.”

A contemporary of Mike Burgess, former Telstra CISO and now Australian Signals Directorate director-general, Byfield is thankful that his time in government armed him with knowledge and contacts to build TSS Cyber. Apart from security assurance and testing, it provides managed security services through its own technology.

Byfield saw a way to harden Australia’s cybersecurity during attacks on Australian miners in 2008 when he worked across government to shore up the nation’s defences.

Byfield says it took a few years for the market to catch up to what he was selling. His vision started with raising the awareness of Australia’s biggest companies that there were under existential threat.

“[Between] what was provided by the security private sector and Defence in government, there was a gap,” he says. “I believed there was an opportunity to go out and help the private sector to bridge that gap.” But learning how to sell was a “steeper learning curve” than he expected.

And while there are stressors in both sectors, in government he could switch off: “You have your allocated hours, and I couldn't take work home” because it would breach national security.

“Along with freedom comes a lot of responsibility, and to make a living for yourself and your staff. [It’s] more than what I envisaged.”

If inspired to strike out on your own, our entrepreneurs advise you first consider the following: