Meet the IT company connecting Barangaroo 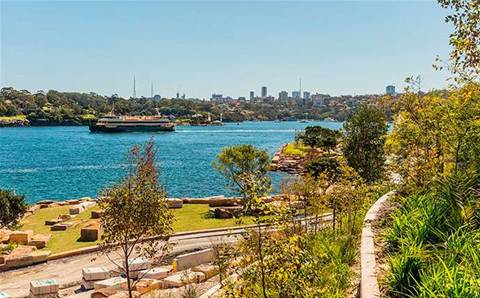 Sydney-based managed services provider Tetran is on a winning streak that includes deploying the outdoor wireless network for Barangaroo Reserve.

The Barangaroo Delivery Authority, which managed the development of the reserve on Sydney Harbour, chose Tetran to to deploy public wi-fi spanning the six hectare site.

The reserve, which opened last month, is part of the Barangaroo Precinct - a $6 billion project that will include the new Crown Sydney casino.

Don Francis, chief executive of Tetran, told CRN that his company won the outdoor wireless project after successfully deploying the SAN, server and switching infrastructure to run the Alerton building management system in the Barangaroo precinct.

The wireless rollout is a high-profile gig, built end to end on Cisco, with around 20 Aironet 1530 series outdoor rugged wireless access points situated on purpose-built mounts across the reserve.

It's a converged network that provides both public wireless and a private corporate network for the Authority, segregated at the VLAN level.

Tetran has also won a global service desk deal for The Fred Hollows Foundation, covering the charity’s locations across 24 countries in Africa, Asia Pacific, Europe and the Middle East.

A string of successes have driven 100-staff Tetran to open in Singapore and also make a plum hire in Gavin Kawalsky, who was most recently general manager of Macquarie Telecom's hosting operations and once a co-founder of BlueFire, which was sold to Dimension Data in 2007.

Tetran's Francis explained how word of mouth was driving the company's rapid growth in Australia and overseas.

Just as the Barangaroo precinct gig led Tetran into the outdoor wireless rollout, so too did work for Japanese-owned Nikko Asset Management Australian open the door to projects around the world.

"We just did a project in New York for Nikko Asset Management. The reasons we got the New York gig was from a project in Singapore. The New York project has led to an upcoming project in London," said Francis.

He said that customer recommendations are "by far the best PR you can get".

"Organisations are so linked in today's world, we are finding there is plenty of work out there but you need to link up your work with the relevance to an associated organisation."

He added that gaining credibility with a major, global enterprise customer like Nikko had helped win the 24-country contract with Fred Hollows.