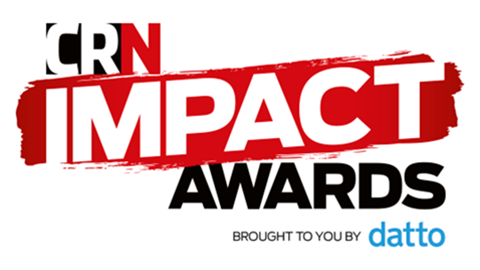 A $130 million project to boost bandwidth for Western Australian schools, a cost-efficient SDWAN deployment for dozens of council sites and a cloud and SDWAN deployment for one of Australia’s largest steel manufacturers and distributors, are the finalists in the Network Evolution category of the 2022 CRN Impact Awards.

Perth-based Kinetic IT is among a group of partners involved in a $130 million Telstra-led project which aims to increase the base bandwidth from 100Kbps to an average of 2Mpbs for students and staff in 806 Western Australian schools.

The project, dubbed Kolbang, has achieved the upgrade for nearly all those schools, which now have 20 to 200 times more bandwidth, Kinetic IT reports.

The Department of Education WA project brought together services from multiple companies under the banner of the LIFT Alliance to work on application development, integration and operational requirements. Fortinet was a key vendor.

This alliance worked with Telstra and integrators on significant infrastructure upgrades for some schools. Telstra upgraded local exchanges and backhaul capacity in regional towns. Site core switch recommendations and implementation and firewall and content filtering implementation are among the deliverables.

Hardware upgrades, bandwidth recommendations and provisioning are effectively complete. Phase two, to review and upgrade hardware to monitor the availability and utilisation of the provided bandwidth, is in progress.

Early this year, Fortinet named Kinetic IT as Australian Operational Technology Partner of the Year.

Frankston City Council sought to update its network connecting some 30 to 40 sites which were prone to blackouts and dropouts and sensitive to weather. The network used outdated microwave network technology to connect sites like operations centres, the community library and other sites with large numbers of key staff.

The council turned to Logicalis, which deployed a new networking solution based on Fortinet's Fortigate SD-WAN technology.

The project's crowning achievement was not the upgrade from the old microwave network, according to Logicalis, but rather the ability to bring in the project under the council's tender cost threshold. This allowed the team to bypass a lengthy tender process and install the upgrades with minimal disruption to council services.

The upgrade was completed within six weeks, with five of them used to remove the council's reliance on the old network. Logicalis said this involved separate visits for decommissioning the microwave infrastructure, and installing the new SD-WAN network and performing any necessary upgrades. This added up to more than 100 separate activities over the course of 25 workdays – an average of over four a day.

Oreta and Telstra have delivered this cloud and network project which has provided more reliability, effectiveness and cost-efficiency for one of Australia’s largest steel manufacturers and distributors.

In 2021, Telstra announced that they were rolling out ADAPT S1 combining VMware SD-WAN and Palo Alto Networks’ security platform into a single offering. Oreta, as a Telstra Platinum Partner, was one of the first organisations to deploy the full Telstra offering.

Whilst there was a core MVP SaaS solution delivered to Apex Steel, it required additional feature settings around public IP address, Natting and Prisma configuring, which Oreta worked with Telstra in designing and testing.

The result has been an average 5 percent increase in bandwidth at all sites, halving of network outages and reduction in network costs by $324,000 over 36 months.

The SDWAN VMware VeloCloud solution has allowed Apex Steel to add and remove sites in five to 10 days, instead of up to eight weeks. This helps the company meet business demands and support business growth.