Meg Whitman: Yes I spoke to Uber but I have a long-term commitment to HPE 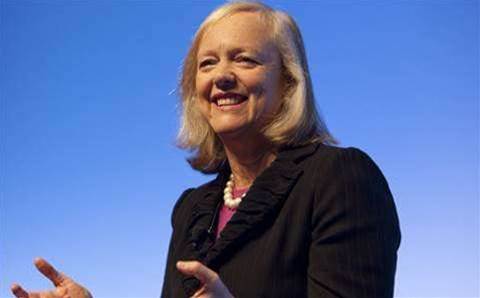 "I would like to underscore to partners that I have a long-term commitment to HPE and to the partners and to the mission that we are on," said Whitman in an exclusive interview with CRN USA on Tuesday.

"Yes, I talked to Uber [about the CEO job] at the end of their process because it is a business model I am very familiar with. It reminds me of eBay [where Whitman was CEO from 1998 to 2008] in many ways. But it wasn't the right thing. I think HPE is very special in its own right."

(3/3) We have a lot of work still to do at HPE and I am not going anywhere. Uber's CEO will not be Meg Whitman.

Whitman told CRN USA the strong results are evidence that the reinvention of HPE into a smaller, more nimble company focused on making hybrid IT simple, powering the intelligent edge and providing digital transformation IT services is paying off in the form of higher sales growth and margins for partners.

"The partners should be pleased by the results of the company," said a charged up Whitman. "This will give their customers the confidence to buy from HPE. I am feeling good about where we are as a company, and I am feeling great about the partners and distributors that we do business with every day."

Whitman said she is especially proud of the stabilisation of the core server business which will help drive better results for partners. HPE's strong Synergy composable infrastructure sales have even driven up sales of bread and butter C7000 blade sales, she said. Customers feel confident in the server road map with blades and Synergy, said Whitman.

Whitman said HPE is accelerating its reinvention of the company with HPE NEXT initiative aimed driving even great customer facing efficiencies and sales growth for HPE and it partners.That could pay off, for example, in faster price quotes for and more rapid delivery to customers, said Whitman.

"For the past five or six years we have talked about being a more partner-friendly company and being easier to do business with," said Whitman.

"Virtually all of the partners would say we have made progress, but there is more work to do with the ability to quote fast, turn around orders faster, and to have a quicker supply chain."

Whitman says she envisions simplified supply chain which could result in dramatic benefits for partners. "Everything we are doing is trying to make this company to be simpler and easier to do business with so partners can be more successful selling Hewlett Packard Enterprise," she said.

As for the HPE acquisition this week of Cloud Technology Partners  – a born in the cloud, agnostic solution provider with deep AWS, Google and Azure expertise, Whitman said partners should rest assured that HPE will continue to be a "channel-first" company.

"We are very much still a channel-first model and a channel-first priority," said Whitman. "We always say that if the channel has the services to serve their own customer base, we will not get in the way, they should go do that."