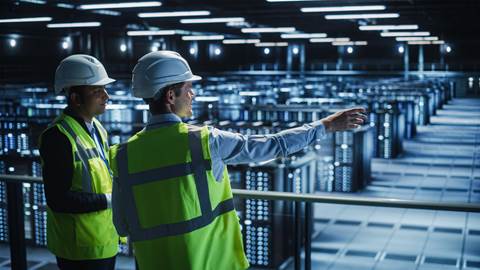 In a market update released to the ASX, the company revealed revenue for the quarter was $27.9 million, up 5 percent compared to the second quarter of the 2021-22 financial year, while annualised recurring revenue on 31 March 2022 was $114 million.

Megaport also cited "heavy" foreign exchange impacts from the strengthening of the Australian dollar as another contributor for revenue growth.

The company also said its PartnerVantage channel program, which launched in August, is "accelerating" with the addition of new partners like distributors Arrow and TD Synnex, systems integrators NTT Ltd and Canon Business Services, and local MSPs like Melbourne-based Otto.

Megaport boss Vincent English said, “The momentum of our channel program, Megaport PartnerVantage, continues to accelerate since the launch of our partner portal in November 2021.”

“The team has been highly focused on partner recruitment and enablement in the past two quarters. As our channel investments are yielding greater results, we are strengthening our pipeline and increasingly converting more deals from partners across the board.

“Additionally, our larger strategic partnerships with Arrow Electronics and Cisco contributed to deals in the third quarter. Operationalising these larger partnerships requires commercial, marketing, and development investments to bring our combined capabilities to market and we are very excited to see the impact with these initial deals.”

The program included a suite of tools and resources to help partners manage all of their customer engagements, including quotation, provisioning and invoicing, from a single pane of glass.

Megaport also reported strong customer growth over the third quarter of the 2021-22 financial year, increasing 86 percent to 2,541 in its third quarter, a four percent increase from the previous quarter.

The company also sold 19 Megaport virtual edges, increasing 48 percent quarter over quarter for a total of 59, with initial sales through Cisco’s global price list and the indirect sales channel closing in the quarter.

Megaport also promoted Jim Brinksma to the recreated role of chief technology officer, from his position as CTO and co-founder of Megaport-acquired InnovoEdge in March.