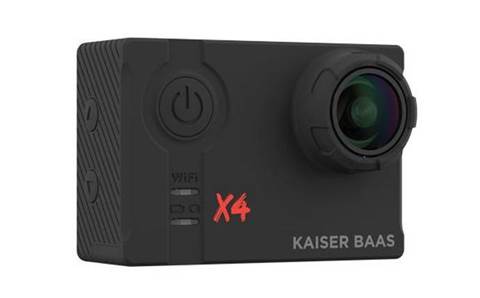 The company, best-known for its consumer drones and action cameras, appointed Romanis Cant as liquidators on 17 May with at least $3.8 million in debts.

In December 2017, Exeed acquired the Kaiser Baas brand, including its trademarks, intellectual property, point-of-sale and some of its stock, and hired all six of its Australian employees. The acquisition did not include any Kaiser Baas debt.

Exeed managing director Justin Tye told CRN that Kaiser Baas would continue operating under Exeed's ownership as Kaiser Baas Limited, which is not in administration.

"We believe we've enabled the Kaiser Baas brand to continue to exist. Hopefully we've got a pretty good shot at helping it to continue to grow. It's been a good Australian brand for a long time and it's got a really strong roadmap," Tye said.

"The thing that's most important to us is that the customers who we work with, like large retailers that represent the brand in their stores, are all very committed to the future roadmap and what we're releasing pre-Christmas. All that's in place and we're looking forward to moving on."

Kaiser Baas has picked up local and international traction, having sold into the European, UK and US markets in the past few years.

One of the manufacturer's largest debts is to UK distributor Exertis, which is owed $876,000. Another UK company, electronic goods retailer Maplin Electronics, is owed $28,000, though that company is also in liquidation as of February 2018.

The largest Kaiser Baas debt is owed to Lako Finance, another entity related to founder and former owner Evan Kourambas.