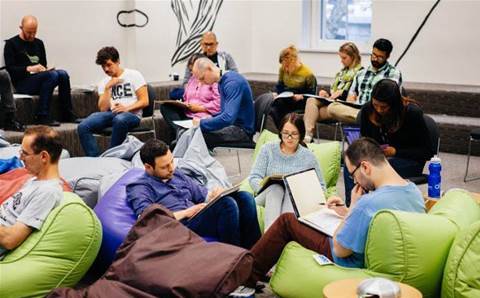 Envato was founded in 2006 and operates a handful of online marketplaces that sell creative assets for web designers, such as graphics, video and audio, describing its service as "Netflix for designers".

The Melbourne-based company took out the Exporting Innovation category at the 2018 CRN Impact Awards, which goes to an Australian tech firm that has developed and commercialised its own intellectual property and won export sales from international customers.

The company has eight digital marketplaces that serve 1.5 million active buyers, according to Crunchbase, and six million unique accounts and 40 million asset sales.

Envato said Placeit was one of the "fastest-growing digital mockup and templates tools" in the market. The company was founded in Mexico in 2012 and has since sold more than seven million templates.

According to Envato, Placeit has more than 55,000 regular paying customers, 87 percent of which are outside Mexico, including Google, Facebook and Oracle.

"We’ve made our mark in the world helping creative professionals get inspired, work faster, and level up what they do for clients," said Ta'eed.

"With Placeit we’re opening up Envato’s creative magic to absolutely anyone. Whether it’s an entrepreneur just getting started, a marketer working on their own, or just a pro user who doesn’t want the hassle of opening Photoshop - Placeit is just plain fun and simple to use.”

"…We came up with an online, smart solution to a very particular set of problems that many digital creatives face around the world today, anchored by hard-working local tech talent.”

“In building a series of easy-to-use and on-trend maker tools, we’ve seen first-hand just how much we’ve been able to empower creatives of all skill levels around the globe to complete their projects faster, and with better outcomes. We think it’s a perfect match for Envato, one that builds on the strengths of both companies.”