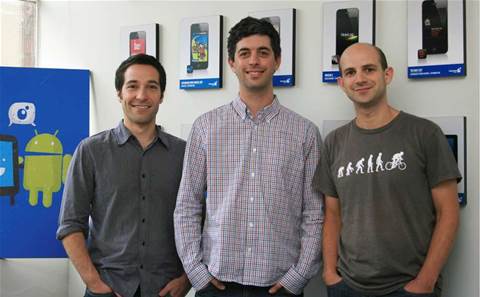 Melbourne IT has acquired Victorian app developer Outware Mobile in a deal valuing the business at $67 million.

The ASX-listed hosting firm paid $21.7 million for a 50.2 percent stake in Outware, with options in place for a full takeover over the next 24 months.

If Melbourne IT takes 100 percent ownership, the price would reach $67 million, assuming forward EBITDA multiple of 8.6x. The actual payouts will depend on Outware's future performance under its new parent.

Outware Mobile is a 115-staff software development house that's ranked No.13 in the current CRN Fast50, after coming third in the previous year. The firm raked in $10.1 million of revenue for the year ending 30 June 2014.

The Melbourne-headquartered company, which also has an office in Sydney, boasts ANZ, Google, Telstra, Coles and NIB among its blue-chip client portfolio, as well as state and federal government customers.

"We weren't looking for a buyer at all," Outware director Danny Gorog told CRN. "Originally we worked with Melbourne IT on a couple of projects and we had mutual respect out of those [experiences]."

Gorog said that development of the Mobile Wallet product for Coles is the biggest profile collaborative work that Outware had done with Melbourne IT.

"Then [Melbourne IT] approached us late last year, about extending our partnership," said Gorog. "We learnt more about each other and got really excited about the possibilities."

Outware Mobile will retain its name and management as the Mobile Application Development practice within Melbourne IT's Enterprise Services division.

"This acquisition makes perfect sense," said Melbourne IT managing director Martin Mercer. "It enables us to deliver a complete and comprehensive service and a compelling value proposition to the market."

The entire acquisition will be funded from debt, arranged with ANZ Bank.

Gorog said that some of the founding staff have a sentimental affinity to Melbourne IT, having attended Melbourne University in the days when the commercial venture was born.

Grow your software revenue by selling these 5 affordable, essential tools for the modern workplace
By Tony Yoo
Jun 10 2015
11:58AM