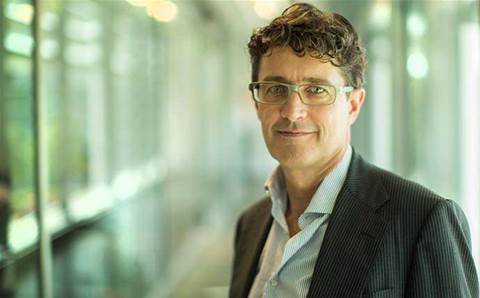 Melbourne IT has posted strong half-year results with its net profit rising by 1020 percent to hit $5.6 million.

The company only just broke even in the corresponding period last financial year, taking in $500,000 net profit.

Revenue also rose by 21 percent to hit $150.3 million for the six months ending 31 December, up from $124.7 million the previous year. Its earnings before interest, tax, depreciation and amortisation [EBITDA] saw a 29 per cent increase to hit $16.5 million.

Melbourne IT’s growth was driven by its improving SMB business and enterprise services business namely from the managed services and digital.

Chief executive Martin Mercer said the company’s efforts to arrest the decline in their core SMB business of domains and hosting were bearing fruit, with the total number of domain names under management continuing to grow after a long period of decline.

“Possibly the most encouraging aspect of these results is the growth in our solutions revenues in both enterprise services and SMB. The transformation of our ES division from a dedicated hosting business to a digital solutions business is well entrenched now and continues to gain momentum. Similarly, our developing SMB solutions business is showing growing momentum, with sales of our core ‘Do-It-For-Me’ web design product continuing to accelerate," he said.

Its acquisitions in the past year, Uber Global and Outware Mobile, were performing well, the company reported.

“The integration of our recent acquisitions has delivered annualised synergy savings of $6 million as at the end of FY15, $1 million ahead of our original forecast,” said Mercer.

The chief executive added the company was increasing its investment in integration “by bringing forward $1 million of annualised synergy savings from 2017 into this year and by taking expected annualised savings by the end of 2016 to $8.5 million.”

Eliminating departmental friction within MSPs
By June Ramli
Feb 24 2016
11:42AM