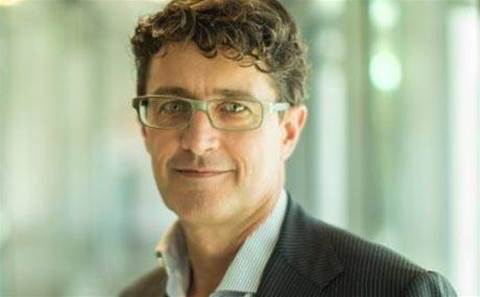 Melbourne IT's share price has been hit hard despite a strong showing from its enterprise solutions business.

The company's shares were trading at $3.39 each at the end of trading on 20 February but dropped by close to 20 percent when the ASX opened up the next day to $2.75.

However, the company's share price bounced back later in the day to $3.15 at the time of writing.

In particular, enterprise services revenue grew 35 percent, which Melbourne IT said was underpinned by geographic expansion. The company now has state-based practices for mobile, data and analytics and cloud in Sydney, Melbourne and Brisbane.

Melbourne IT also briefly mentioned some of its big-name customer wins throughout the year, including Suncorp, Rio Tinto, Landmark, Tabcorp, Citibank, Mastercard and 7 Eleven.

The company also completed integrations of Netregistry and Uber Global, which it acquired in 2014 and 2015 respectively. Melbourne IT said the integration had resulted in $10 million in annualised synergy savings, while the overall staff headcount increased to 260 people.

Melbourne IT said the biggest impact of the acquisitions came from its success in the SMB market, with earnings growing 48 percent from SMB customers.

Melbourne IT increased its full-year dividend to 11 cents per share based on the strong results, and reaffirmed its 2018 guidance for earnings of $41.5-$45.5 million.

"We are confident of sustainable organic growth across both ES and SMB," said chief executive Martin Mercer.

"We are investing to deliver this growth, execute well, and enhance returns to shareholders. Our guidance for 2018 reflects this growth and investment. We expect revenue to grow at least in line with last year, while underlying EBITDA will temporarily grow at a slower pace while we digest the investments in 2018. Looking ahead to 2019, underlying EBITDA and underlying profit growth will accelerate."

Updated at 12:26pm to include the updated share price.