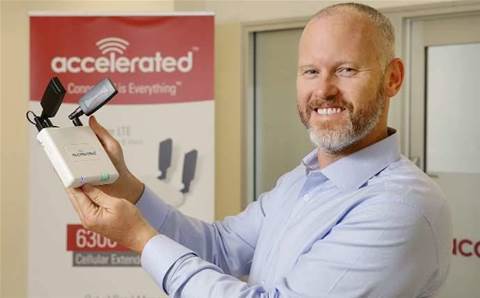 Melbourne-based Network Professional Services (NPS) has been appointed as Accelerated Concepts' only master reseller in Australia.

As a master reseller, NPS will not only sell the vendor's products but will also appoint and manage relationships with companies that want to sell Accelerated products.

Accelerated Concepts managing director Matt Ramsay said: "Rather than build a local internal sales team, we’ve decided to deliver our products in the ANZ market through a partner."

NPS will sell the US-headquartered Accelerated Concepts 4G failover routers, which were designed by its engineering team based in Brisbane.

"Our team in Brisbane is basically the engineering arm for Accelerated Concepts globally," Ramsay said.

NPS executive director David Malcolm said: "Capable of speeds as fast as 300 megabits per second, the Accelerated 6350 router can give the NBN a run for its money without having to roll out expensive infrastructure or wait for months or years."

NPS also partners with CrowdStrike and Centrify, who named NPS reseller of the year for two consecutive years.