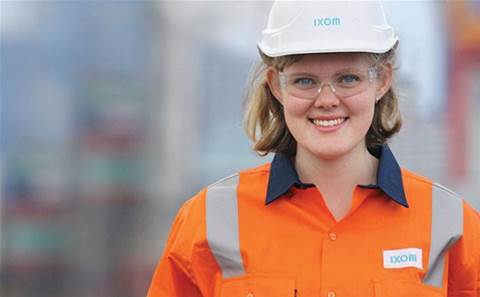 Ixom has more than 1000 staff globally

BNW Consulting, a SAP specialist and Microsoft gold partner based in Melbourne, has migrated major Australian companies Pact Group and Ixom into the Azure public cloud.

Packaging manufacturer Pact Group, which employs 4000 staff and has grown significantly through 55 acquisitions since 2002, moved its SAP platform from on-premises servers.

Pact Group CIO Michael Ross said: "We have 1000 users using SAP on any given time and are still getting faster performance [in Azure] than we were in our former legacy environment."

Ross explained that when Pact started considering the cloud transition over a year ago, the company was cautious because few organisations had done it before, but its long-term partnership with BNW and Microsoft helped reaffirm the decision.

The "biggest risk" was the timeframe. "We actually achieved this migration to Azure in between two acquisitions and, as a result, had an eight-week timeframe."

The cloud switch has helped Pact to pay only for what it uses.

"Azure enables us to offset cost by scheduling shutdown of workloads that are not required on a 24x7 basis. If we need infrastructure for tactical deployments, we can respond quickly with near unlimited capacity while we are managing an acquisition; then, when completed, we can switch it off," he said.

Pact plans to gather more data via machine learning and IoT sensors, which will need to be analysed to deliver insights and drive intelligence to improve production.

Melbourne-based BNW was established 21 years ago as a specialist SAP consulting business and has become somewhat of an expert in Azure-SAP migrations. The company moved nine companies to Azure in the past 18 months.

Warwick Chai, BNW Consulting’s founder and principal, wrote in a blog post: "When we started out, pretty much every customer had their systems on premise, not any longer. Rapid maturity of mission-critical strength and trusted clouds – particularly Microsoft Azure now it’s available in Australia – means that organisations of all sizes and in all sectors are transitioning their SAP systems across to Azure."

Looking ahead, Chai expects to capitalise on increasing demand for SAP's HANA in-memory relational database. "We have several customers who will go live this year with S/4HANA or some other HANA solution on the Azure platform."

BNW also worked with UXC to help Melbourne-headquartered chemicals company Ixom move to Azure as part of a major switch from VMware and IBM systems to Microsoft.

Ixom, which has more than 1000 employees globally, was reborn as a standalone company following its separation from chemical giant Orica in 2015, which chief information officer Rowan Start saw as an opportunity for a technology refresh.

He wanted a single technology partner and chose Microsoft Azure, Office 365, Skype for Business, SharePoint and Yammer as well as moving from VMware to Hyper-V and from IBM's DB2 to SQL.

There were a few speedbumps: Start noted that neither Azure's reporting nor the ability to scale up and down had not proved as smooth or simple as he had hoped. But overall, the solution delivered the goods, including improved SAP performance and significant savings.

"We have achieved our financial goals of reducing the IT spend in that area...in the order of 20 percent across the board," he said.

BNW Consulting designed a blueprint for the transition to the cloud, while service provider UXC – now part of DXC Technology following its merger with CSC – assisted with the transition and migration. The entire transition took 18 months

Ixom is heavily reliant on SAP, using the ERP to handle everything from taking orders, managing procurement and tackling financials. The company also has an SAP business warehouse environment to handle reporting, and uses SAP’s SuccessFactors human capital management platform.

"I think the platform allows us to do extra things. Power BI we are really keen on, Cortana as part of that," Start said.

He plans to use analytics and Cortana’s natural language capabilities to allow managers to interrogate Ixom’s data for insight to support strategic decision making.

The two projects were revealed at the SAP Sapphire conference, which is being held in Orlando on 16-18 May.