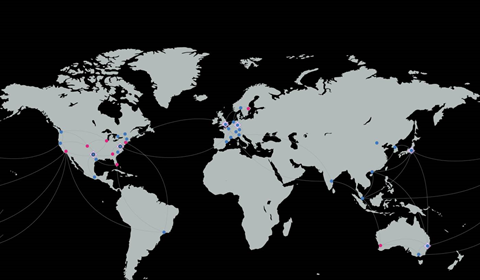 SD-WAN for MSPs expert Fusion Broadband has extended its service into IBM’s cloud, in an effort to take its service global.

Fusion Broadband has developed its own SD-WAN software and sells it in white-box appliances. The company has over 200 Australian MSPs who resell the SD-WAN service, and/or its broadband aggregation and IP failover services.

Managing Director Jason Maude told CRN that MSPs can use their own brands on Fusion’s appliances and often find that doing so makes for easier sales than positioning themselves as partners of an SD-WAN or networking vendor.

But appliances have their limits, and so does Fusion’s ability to create networks with many points of presence.

The company has therefore started to offer its SD-WAN services on IBM Cloud’s bare metal servers. Maude said working with IBM gives Fusion access to compute at scale and the ability to route traffic over IBM’s networks.

Maude said Fusion Broadband chose IBM over rival public clouds because it has a better bare metal offering and its extensive network - Big Blue’s network has 60 data centres in 19 nations – also means Fusion can offer plenty of international routing options and points of presence at which to ingest or offload traffic.

“We have it cookie-cuttered now in IBM so we can roll out quickly,” Maude said.

The MD added that some of Fusion’s banking customers already use IBM data centres, so the option to have their traffic travel over virtual networks that terminate in the same physical location should be attractive.

Maude said Fusion Broadband’s MPS partners range in size from two-person operations to 200-person concerns. He added that Fusion tries to serve MSPs with services that offer the same functionality as those offered by carriers’ enterprise-grade products, but at lower cost.

“The MSP channel is effectively under threat from the big carriers trying to reach into their realm,” he said. Fusion Broadband’s foray with SD-WAN and IBM is Maude’s attempt to help them fight back.