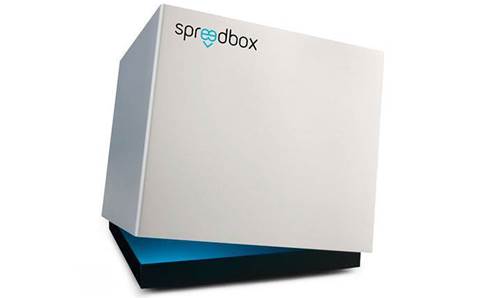 The company has only raised $742,500 as of April, falling well short of its $4.2 million target. It has now extended its offer closing date to 10 May, eight months after first announcing plans to go public.

Spreedbox developed its eponymous secure communications appliance in 2016, which allows users to communicate securely within a private cloud, including video chat, messaging and file transfer.

The appliance costs $1650 and includes 64GB flash storage, 1.5GHz quad-core CPUs and up to 1GBit/s ethernet. and is built around the NextCloud open source platform along with proprietary Spreed.me communications software.

The company is seeking to raise $4.2 million for 21 million shares offered at 20c each, plus an oversubscription of up to 3.75 million more shares to raise a further $750,000.

As of April, Spreedbox's raised $742,500 raised constituted 62 applications for a little over 3.7 million shares.

This is down from the figures the company presented in its second supplementary prospectus in February, where it had raised $760,150 from 66 applications for 3.8 million shares.

The full prospectus was published and the offer was opened on 11 October 2017, with the aim of getting listed on the Australian Securities Exchange (ASX) on 8 December.

The first supplementary prospectus was lodged on 24 November, first extending the offer closing date to 9 February and the ASX listing date to 16 February, with no mention of its reason to extension.

Finally the third supplementary prospectus was more explicit in its reason for extending the IPO, conceding that Spreedbox had been unable to meet its targets. It was lodged on 9 April with a closing date of 10 May and aims for a listing date of 18 May.

It did, however, say that Spreedbox is in ongoing discussions with an unspecified third party to buy all unsold shares via an underwriting agreement.