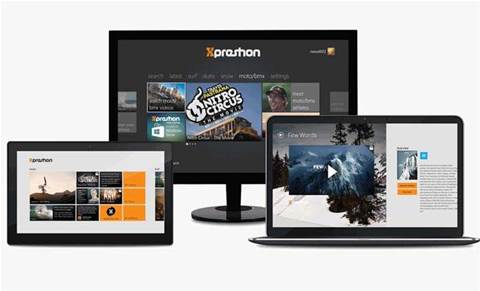 Melbourne-based systems integrator Object Consulting has notched up a series of firsts with a complex extreme sports project for Windows 8 and Xbox Live.

The Xpreshon app has so far been launched on the Windows 8 store and is soon to be launched on Xbox Live, with plans for a Windows Phone version also on the cards.

The start-up behind the streaming action sports app, Xpreshon, knew it wanted to be on Xbox Live, but had to woo the vendor first, leveraging Object Consulting's relationship with Microsoft to get its foot in the door.

Xpreshon managing director Jason Webb: "We made approaches to the Xbox team, and as a part of peeling back the layers to make our way on to the invitation-only platform, we identified the benefit of being on the full suite of Microsoft platforms."

Webb's team worked closely with Object Consulting to develop the app, which was first revealed at the vendor's TechEd conference.

The systems integrator was recently named 'Cloud Partner of the Year, Enterprise Customers' at the 2013 World Partner Conference and is well-versed in Microsoft custom development.

The project still represented a series of firsts, not least the fact that Xpreshon will be the first worldwide Xbox launch for an Australian-built app.

Kevin Francis, national Microsoft practice manager at Object Consulting, told CRN that the Xpreshon project was one of the first – if not the very first – apps to use the new Azure Streaming Media Service, which streams pre-recorded content.

The app also utilises Azure Live Streaming, a Microsoft service for streaming live events such as surfing competitions, which is still in beta.

Xpreshon's Webb said the app "uses just about all of Microsoft Azure at the back end".

"It uses the part of the application that handles things like membership and subscriptions and payments. The streaming of the video on demand content is also driven by Azure Media Services.

"All of the video content is stored on Azure for streaming from the Azure platform. So it could not be any more Microsoft at the back end," added Webb.

The relationship between Object Consulting and Xpreson was especially close; it "broke new ground for us in how we work with customers", said Kevin Francis.

Xpreshon had no history in software development or relationship with Microsoft.

Fittingly for a project based on action sports, the client took a huge, ambitious leap.

"When you put it all together, it is a very brave route this customer went down. For them to take a punt on that was pretty ballsy. Hats off to them," said Francis.