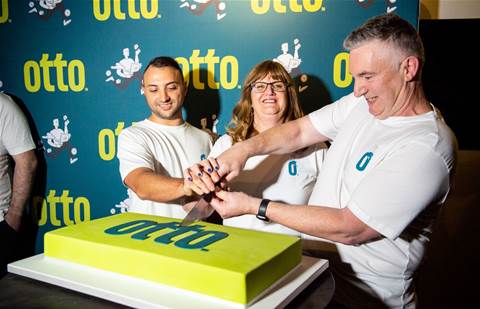 Melbourne-based managed service providers DWM Solutions and Milan Industries have rebranded as “Otto”, after months of being a merged company.

The Otto name was unveiled in a company event in late April, with customers and vendor partners present, which was documented in the video embedded below. The company had also started a nationwide ad campaign featuring the new name.

“We’re putting to bed long standing names that have been around for so long, and we're now starting with a new name. Realistically, the possibilities now are endless,” he said.

Otto head of sales and marketing Jordan Papadopoulos​ said operating with the two names would cause issues, prompting the merged company to tap the services of some branding agencies.

“We’ve gone through an organisation to run through the [rebranding] process, looking at brand research, conducting interviews, competitor analysis, opportunity analysis, looking at the market and brand positioning. We then went through a naming workshop and later into the design and development stage,” Papadopoulos​ said.

“What stood out from that process was our clients’ connection with our people, the personal approach we take and just the fact that they can relate to us and that we’re honest and transparent in everything we do as part of our key values.”

Papadopoulos added that the company had always focused more on business problems and working with owners on business needs and trends rather than strictly a technology heavy business.

“Our people are what ultimately defined us and the company allows them to be a lot more personal and creative and use their imaginations,” he added.

Otto co-founder Nick Clift said along with the rebranding, the company also welcomed a number of new staff to add to the 30 from their merger.

“The response from the staff has been absolutely amazing, and they just absolutely love it,” he said.

“I love the fact that we've got a mascot, and it means something and it really helps connect them to the clients. It's not about having the biggest computer or the flashiest network, it's about helping the people.”

Co-founder Jeni Clift commented that the new name has also served as a sort of equaliser, where staff no longer have to identify themselves as either former DWM or Milan Industries staff, where everyone’s with Otto.

“It just helps to bring that whole chain together into one platform that's kind of new and exciting for everybody,” she added.

Grabbing the hybrid cloud opportunity with Lenovo and Azure Services
By Nico Arboleda
Jun 11 2021
11:15AM