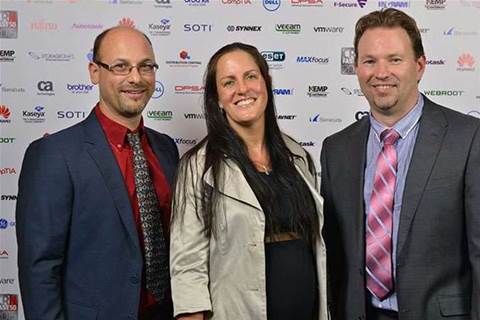 Melbourne-based GPK Group has been revealed as the first IT service provider in Australia to implement its own Microsoft Azure Stack hybrid cloud.

GPK's platform is based on Dell EMC Cloud for Azure Stack, which combines Dell EMC's hyper-converged infrastructure with the vendor's own networking, backup and encryption, as well as Microsoft's app development tools. Dell EMC brought its PowerEdge 14th-generation servers to Azure Stack in November last year.

According to Dell EMC, GPK marks the deployment of the first full production Microsoft Azure Stack system in Australia and New Zealand, and one of the first in the APJ region.

GPK said an unnamed Australian retailer would be the first customer to implement its core infrastructure and processes to Azure private cloud.

“As part of our ongoing strategy to address digital change, we identified our customers need the flexibility of choice between public, private and hybrid cloud deployments. More importantly, they want suppliers that not only understand the technical detail but also the benefits that cloud technology brings to their whole business," he said.

"GPK Group and our customers need efficiency, flexibility, and scalability to reduce costs to serve whilst also providing opportunities to create new sources of revenue quickly and simply. This initiative creates this possibility."

Azure Stack allows users to access features from Microsoft's public cloud platform from an on-premises environment with Dell EMC, HPE and Lenovo servers. It allows applications built for public Azure to run natively on either public or private clouds.

Dell EMC said it will look to train partners to deploy Azure Stack for their own customers in 2018.

Dell EMC general manager for ANZ Andrew Foot added: “Australian and New Zealand organisations have eagerly awaited a solution that allows them to get a simple, consistent user-experience from their hybrid cloud.

"This platform gives GPK Group access to unmatched levels of integration, automation and manageability, allowing them to increase IT efficiency and simply move workloads on and off premises as desired.”

Cloud application revenue made easy
By Brendon Foye
Jan 12 2018
7:10AM