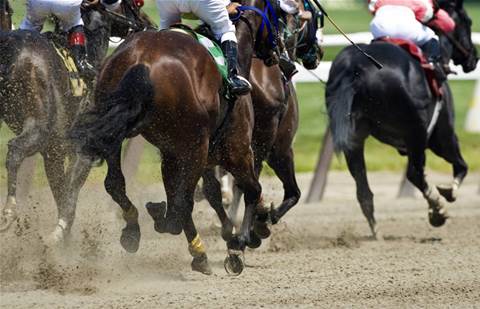 Sportsbet sought to move its core betting application environment, OpenBet, to a cloud environment to scale up as the company deals with seasonal traffic spikes.

The company specifically wanted to expand OpenBet to support up to 35,000 bets per minute during the two-week peak within the annual Spring Racing Carnival.

Sportsbet chief information officer Simon Noonan said the company chose AWS because it had the scale it needed compared to other cloud providers, while also offering better capabilities as far as compute, data, and end-to-end networking.

“We needed to scale our infrastructure tenfold to support traffic spikes during the Melbourne Cup, and that was becoming increasingly difficult,” Noonan said.

“We had to find new technology to enable the business to grow and innovate with speed.”

“We migrated two data centres to AWS in 24 months—12 months faster than expected—because we didn’t have any roadblocks in the AWS offering to slow us down,” Noonan said.

Noonan added that Sportsbet managed to beat the 35,000 bets per minute goal, scaling up to 60,000 bets in the past year and could even scale up to 100,000 bets if needed. “There’s no way we would have been able to do that without being on AWS,” he said.

Overall application performance has also increased by 30 to 40 percent, according to Noonan.

“We have become more agile and have taken our software development in-house instead of relying on third-party vendors,” Noonan added. “As a result, we are delivering new software features to market 60 percent faster.”

Sportsbet also launched an AWS Cloud Academy for its employees, which provides training on new AWS services. “So far, we’ve had 500 employees go through the academy,” Noonan added.