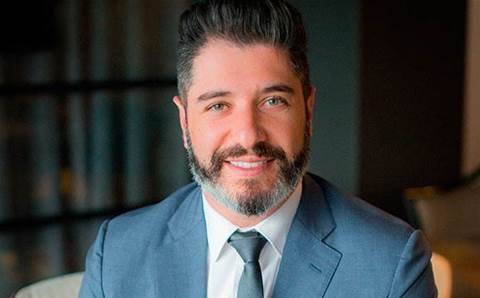 Georgellis revealed the move on LinkedIn and was confirmed by Menlo Security, saying that he commenced the role on Monday this week.

A Menlo spokesperson told CRN that the ANZ country manager role is new, having previously been managed by vice president of APAC sales and field operations Stephanie Boo out of Singapore.

Georgellis will report to Boo as the most senior ANZ employee at Menlo, tasked to grow the business in the Australia and New Zealand enterprise security market. He will continue to be based in Sydney for the role.

Georgellis was hired out of network management vendor Tufin, where he was regional sales manager from March this year before joining Menlo.

Prior to that, he also worked at Cloudflare as a major account executive from 2019 to early 2021, and ANZ regional director at Extreme Networks from 2017 to 2019. Other stints include Aruba, UXC Connect and Cisco.

Menlo Security specialises in internet isolation over the Amazon Web Services cloud, aiming to contain a user’s web browsing activity inside an isolated environment to protect computers and networks from potential malware or other threats.

Some of its products include a secure web gateway, email isolation, data loss prevention, virtual private networks and firewall-as-a-service.

Locally, the company signed Westcon-Comstor as its distributor in 2019, one of the first few vendors to join the emerging vendors unit at the time.

Last year, Menlo Security completed a Series E round of funding, securing a valuation of US$800 million to scale go-to-market and double down on engineering and product delivery efforts. It also sought to ramp up partner training and enablement, as well as invest more heavily in co-sponsored events with partners.

Grabbing the hybrid cloud opportunity with Lenovo and Azure Services
By Nico Arboleda
Dec 1 2021
6:40AM