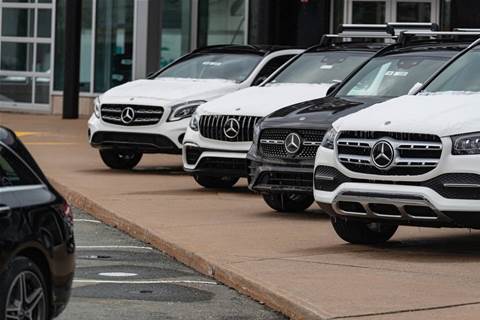 Semiconductor maker Nvidia Corp said on Tuesday it struck a deal with Germany's Daimler Mercedes-Benz to provide cars produced from 2024 with a chip and software platform that can eventually be used for autonomous driving functions.

“We intend to join forces to create a software-defined vehicle and deploy this across the entire next generation's fleet,” Nvidia Senior Director of Automotive Danny Shapiro told reporters.

Shapiro declined to disclose the financial terms of the deal. The deal covers chips and software for the vehicle system.

Shapiro said the high-end Nvidia Drive AGX Orin Platform - an autonomous vehicle processor - would be standard in every Mercedes-Benz vehicle. With that in place, consumers will be able to update the car's software the way smartphones are updated today.

Asked how the Mercedes-Benz partnership will affect Nvidia’s decade-long collaboration with Audi AG, Shapiro said neither arrangement was exclusive. With Mercedes-Benz there is “a huge dedication, huge energy, huge investment from both companies to bring this to market,” he said.

Mercedes-Benz sold 2.39 million cars worldwide in 2019. The two companies have been working together on autonomous driving and artificial intelligence car technology for over five years.