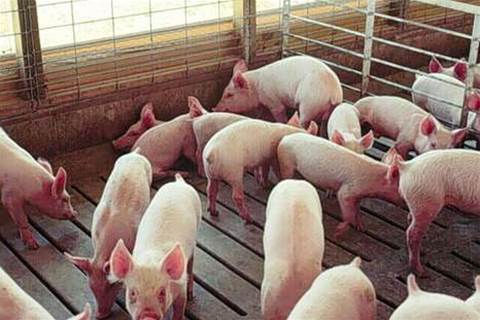 The portable infrared devices use IRFusion technology that provides screeners with a visible light image (digital picture) of the crowd so that individuals with elevated body surface temperature are easy to identify.

The benefits include non-contact screening, which reduces the chance of spreading infection or disease, infrared temperature measurement, which is safe and non-invasive, and the ability to screen people while moving, so travel is not delayed.

People who are detected with a high temperature are then taken aside by airport officials and can be isolated for further evaluation to help prevent the spread of disease.

"Fluke is extremely proud to be manufacturing a range of thermal imagers that are internationally recognised as category leaders, based on the superior technical specifications and the flexible adaption to a wide variety of applications," said Steve Hood managing director Fluke Australia.

"The use of Fluke Thermal imagers in assisting the detection of variations in body temperatures as recently used in Mexico as an aid to N1H1 flu screening is yet another example of Fluke Thermal Imagers being at the forefront of technology," he added.

The imagers are being used at airports across Mexico, including Benito Juarez, in Mexico City.

Dominion, a system integrator and the Fluke representative for Mexico, has been working with airport officials to train them on how to use the equipment and for its consulting services.

Hood added that the outbreak of H1N1 flu in Mexico has devastated tourism.

"Mexican authorities have responded decisively to control the outbreak, shutting down buildings and public events. International experts have praised Mexico's actions such as passenger screening with thermal imagers," he said.

To help understand the technology and how to use it to scan large groups, Fluke has put together a brochure called "Infrared Health Screening." It is available free from its website.

Hodd said while infrared scanners and thermal imagers are designed for industrial use, there are locations where this technology can be beneficial to public health, including: airports, seaports, bus and train stations, hospitals and schools, factories and office buildings and stadium events and conventions.

In addition to public health applications, the cameras can be used to detect moisture damage and missing insulation, identify energy losses, inspect roofing and to inspect electrical and mechanical equipment.