Michael Dell on the “enormous role” for partners in multi-cloud 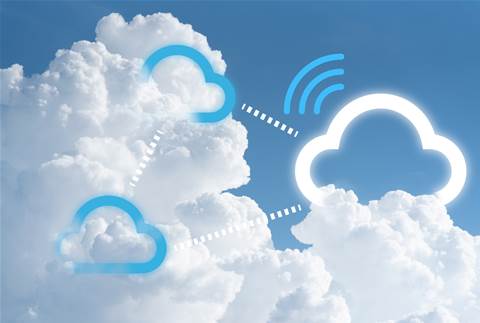 As Dell Technologies CEO Michael Dell declared that the battle for where to place workloads has ended with a victory for multi-cloud, he said there is an “enormous role for partners” to play in shaping that future.

“They are an incredible part of our ecosystem. Over 50 percent of our orders last year were through channel partners. So we are all-in to help with that evolution,” Michael Dell said in response to a question by CRN during a Dell Technologies World 2022 session. “We’re seeing them actively engaged here. We have an aggressive roadmap of adding features, capabilities and functions to be able to build that out.”

Michael Dell said whether it is through Dell’s Apex as-a-service portfolio or their public cloud integrations, the goal remains to help partners push customers into high value areas and solve their most critical business needs.

“Let’s face it, a lot of infrastructure is below the value line, right?” Dell said. “So if they can buy that on a consumption-basis, as-a-service, in a fully-automated way and move more of their resources above that value line—that’s what they want to do. That’s their objective. There’s enormous momentum for that occurring and that’s what we’re tapping into.”

During his keynote remarks, Dell said the battle over on-premise versus off-premise is over. “The future is multi-cloud,” he said.

Dell Technologies vice-chairman, and co-chief operations officer, Jeff Clarke agreed with Michael Dell in the company’s belief that channel partners will be front and centre in the multi-cloud world.

He called Apex a “control plane” that channel partners can innovate upon to bring in their own expertise around applications development, engineering, and value-added services to create customer value.

“There’s an opportunity for channel partners who really want to add value and actually use that control plane, which I don’t believe is accessible to them in the public cloud, and being able to partner with us and help those customers manage workloads,” Clarke said in response to a CRN question.

“We owe our incredible year to our partners,” said Rola Dagher, Dell’s global channel chief in a interview with CRN US in March. “In our new fiscal year, we’re keeping our foot on the gas. We’re accelerating the momentum by continuing to invest in the channel.”