Michael Dell on VMware spin-off: ‘nothing changes’ with Gelsinger leaving 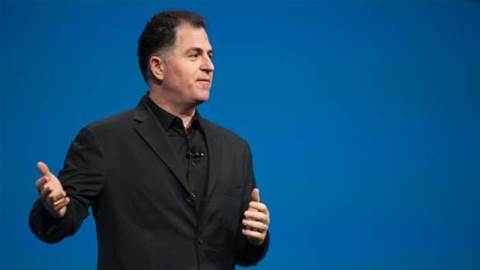 Dell Technologies CEO Michael Dell says nothing is changing around its proposed VMware spin-off even with VMware CEO Pat Gelsinger departing for Intel.

“As it relates to the form 13D/A we filed on July 15th with the SEC disclosing Dell Technologies is exploring a spin-off of our 81 percent equity ownership in VMware, nothing changes,” said Dell in a statement to CRN. “Negotiations on the VMware side are being led by a special committee of the Board; workstreams continue. As both companies have stated, we believe a tax-free spin could drive shareholder, team member and customer value by simplifying capital structures and enabling flexibility.”

Dell said his company’s “strong partnership with VMware continues” around building innovative solutions. “It is business as usual,” he said.

“We express our gratitude to Pat Gelsinger for his eight years of strong leadership as CEO of VMware and wish him the best in his new role. During his tenure at Dell Technologies, Pat worked tirelessly to position VMware for tremendous growth and expansion and built a solid foundation for future innovation – and I’m thrilled he’ll remain on the VMware Board,” said Dell.

Gelsinger will remain on VMware’s board of directors even after he departs to become Intel’s new CEO on Feb. 15.

Dell said VMware’s management team “won’t miss a beat” during the transition and the appointment of a new CEO.

The $92 billion Round Rock, Texas-based infrastructure giant sent shockwaves through the industry last year by confirming it’s exploring the spin-off of its 81 percent stake in VMware. Dell owns the majority stake in the virtualization kingpin and rising hybrid cloud software star through its blockbuster acquisition of EMC in 2016.

Dell plans to spin off its 81 percent stake in VMware to Dell Technologies and VMware shareholders.

In an interview with CRN last year, Michael Dell said the move will boost both companies.

If all goes as planned, Dell will not spin off its shares of VMware before September 2021 for tax reasons. Dell is seeking to get it to qualify as tax-free for federal income tax purposes.