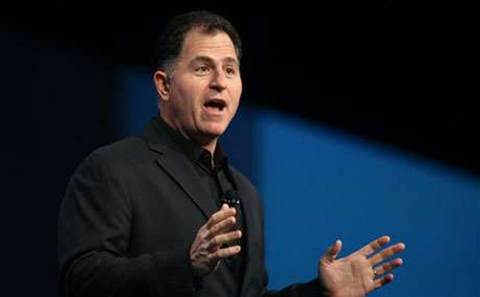 If the spin-off is completed, Michael Dell will own approximately 42 percent of VMware, while Silver Lake will hold about 11 percent, sources said.

By spinning off its 81-percent stake in VMware to Dell Technologies shareholders, Dell Technologies will be able to improve its investment grade rating, pay down its US$48 billion in debt, keep its highly successful partnership with VMware intact, attract new investors and clean up its capital structure, sources and analysts said.

“With a company that has a structure as complicated as Dell Technologies with all the subsidiary companies beneath them, frankly, this is something they should be doing to maximize everyone’s value, which includes the shareholders,” said Zeus Kerravala, principal analyst at ZK Research, a market research firm. “Because the more the company is worth, the more money the company can throw back into R&D, which is ultimately good for product, which is good for customers, which is good for channel partners.”

One key benefit to the transaction would be Dell boosting its investment grade rating, providing the US$91 billion behemoth with more financial flexibility, lower debt service costs and the ability to drive increased shareholder value, said Kerravala.

“I don’t see any real downside to Dell’s plan,” he said. “It’s smart for Dell to be doing that. It’s not something you see often in the tech world. … Every company that has the diversity structure of someone like a Dell -- you look at outside IT like a leader like Procter & Gamble, there’s lots of companies like this – they should be looking at how the company is structured to maximize value for everybody. Because ultimately, that’s good for business. Good for product. Good for customers.”

Last month, the total valuation of the company was hovering around US$33 billion, with its stake in VMware worth around US$47 billion -- thus giving Dell a negative value for its PC and market leading portfolio of storage, server, hyperconverged infrastructure.

When news of the Dell proposed spin-off came to light, it sent Dell shares soaring. Dell’s market capitalization is now US$48.8 billion, while VMware’s is US$60.5 billion, as of Monday evening.

Dell said in the SEC filing that spinning off VMware shares would boost its credit rating and help it achieve an investment grade rating quickly. For example, Bank of America raised its price target for Dell from US$60 per share to US$70 per share following the Dell-VMware spin-off news.

Another key benefit from Dell’s proposed VMware spin-off would be lowering its massive US$48 billion in long-term debt stemming from its blockbuster US$67 billion acquisition of EMC in 2016, which included VMware.

According to Dell’s SEC filing, if the spin-off is approved, VMware will pay a special dividend to shareholders like Dell Technologies. Dell is seeking to get VMware’s board of directors, which includes chairman Michael Dell, to agree to pay the cash dividend to all the company’s shareholders.

Two of Dell Technologies’ biggest and longest investors, Silver Lake Partners and Elliott Management, have already reportedly voiced their support for the spin-off, according to a report by CNBC. Silver Lake has been a key ally to both Dell Technologies and Michael Dell for years. The private equity firmed played a key role in helping to take Dell private in 2013, while Silver Lake co-CEO Egon Durban is a member of the Dell Technologies board of directors.

In terms of time frame, Dell confirmed it would not spin off its shares of VMware before September 2021 for tax reasons. Dell is seeking to get the deal to qualify as tax-free for federal income tax purposes.

“It’s a shrewd business move. Michael Dell looks to be maximizing the value for everybody,” said Kerravala. “For a guy who started Dell in his dorm room, he’s really a sharp business guy. His longevity is really unparallel in his industry. You see CEO’s come and go, even John Chambers had his moment which lasted 20 years, but Michael Dell has really had some great longevity. You’re seeing why with moves like this.”

Cloud application revenue made easy
By Mark Haranas
Jul 22 2020
9:58AM