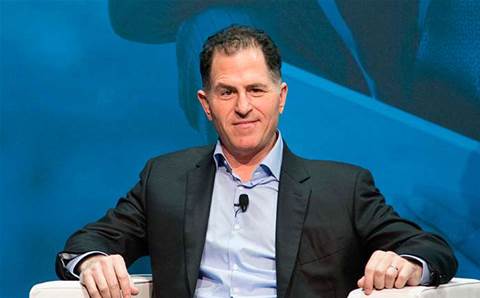 Michael Dell has used a Q&A session on the sidelines of VMworld 2016 to emphasise VMware's independence after his company completes its acquisition of EMC.

Dell is close to completing its US$62.3 billion acquisition of EMC, which owns an 85 percent stake in VMware.

At VMworld 2016 in Las Vegas, Michael Dell was asked about the impact of the Dell-EMC merger on both Dell and VMware's existing relationships, such as Dell's partnership with Microsoft and its server and cloud products. He said that both VMware and Dell will continue to foster open ecosystems.

Dell also talked up other positives from the new corporate structure, including his acrimonious but ultimately successful drive to take his eponymous company private in 2013.

As an unlisted firm, Dell isn't "bound to some of the challenges" of a public company, enabling it to "make investments with a longer-term time horizon". Dell stressed, though, that VMware would remain a listed company.

VMware chief executive Pat Gelsinger started the session by repeating the mantra that the companies were "better together", and that Dell is "committed to the continued independence of VMware". He pointed to the continued health of the ecosystem surrounding VMware's products, with roughly 250 companies exhibiting their wares  in the Solutions Exchange area at this year's VMware conference.

Gelsinger reiterated his belief that the Dell's acquisition of EMC would "accelerate" VMware's growth and bring about an extra US$1 billion of revenue for VMware. Much of this would come through the leveraging Dell's much larger presence in the Chinese, Indian and Brazilian markets.

Gelsinger also talked up VMware's independent board, which encourages the executive team "to go fast", but does so with the benefit of "a larger company behind us that's cheering us on".

Pressed on just how much independence his company enjoys, Gelsinger recalled discussions that he had with Michael Dell earlier this year as VMware was looking to deepen its relationship with IBM, with its cloud offering being the first to be supported by the just announced Cloud Foundation.

Despite Dell and IBM being head-to-head competitors, Dell reportedly told Gelsinger, "That's good for VMware, you should do it".

The author is attending VMworld as a guest of VMware.