Michael Dell: ‘VMware is great, but it’s not the only solution’ 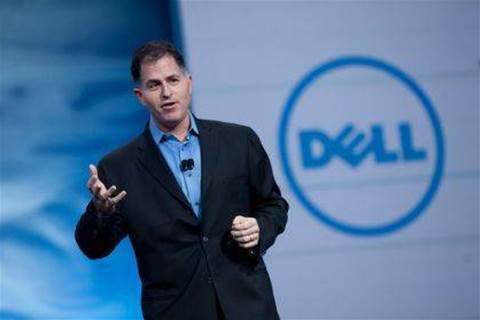 During a Q&A session at the 2021 Bernstein Strategic Decisions Conference this week, Dell’s founder and CEO was asked if Dell Technologies would be as powerful without VMware in 20 years.

“We’re building value here. We’re not building pyramids. So I think ultimately this is a great decision for our shareholders,” said Dell. “I think 20 years from now, our shareholders will have benefited from the holdings of the two companies. Hey, it might be five companies by then, who the heck knows, right? … I feel great about the direction both short term and long term.”

Dell said that although VMware is and will continue to be a “big part” of the Dell Technologies solution set for years to come, Dell plans to work with other vendors as well post-spinoff.

“We certainly continue to build new capabilities together and innovate together, and yes, I think it will be a win-win. At the same time, both companies have an ability, and have before, to work with others. VMware is great, but its not the only solution out there and Dell Technologies works with all the other ones as well,” he said.

This strategy of branching out in terms of forming new or stronger partnerships with other vendors following the spin-off was also recently echoed by new VMware CEO Raghu Raghuram.

“I’m excited about the impending spin-off. It allows us to execute on our multi-cloud vision and strategy partnering with all the leading cloud companies and all the infrastructure companies,” said Raghuram during VMware’s first-quarter earnings last week. “The customers that I’ve spoken to, they’re positive [about the spin-off] based upon the increased flexibility that we’re going to have in our partnering strategy.”

Both VMware and Dell intend to keep a tight go-to-market and joint innovation strategy in the years ahead thanks to a five-year commercial agreement between the two. Executives from both companies also continue to point out that customers won’t be impacted by the spin-off.

However, the spin-off appears to loosen both companies’ ability to form new or stronger partnerships with other vendors in the future.

“The fact that we are an independent company enables other [vendor] partners who previously would have not been so keen to engage deeply on a deep strategic partnership with us to now do so. I’ve already had, along with my team, engagements with some of these partners,” said Raghuram in an interview with CRN. “What you should look for in the coming weeks, months and years is that our partnership with the broader ecosystem is as deep and as strong as it is with Dell today.”

Michael Dell, for his part, said there are a ton of growth opportunities ahead for Dell as a stand-alone company around its core businesses of infrastructure, such as servers and storage, its fast-growing PC business, as well as its sales motion shift to offer everything as a service with Apex.

“I think stand-alone Dell, core Dell, has tons of great opportunities—not only in the alliance partnership with VMware and multi-cloud—but in edge, and telco and 5G, in the business model transformation to as a service through Apex, which is also a TAM [total addressable market] expansion,” said Dell.

Michael Dell said there are “large and growing long-term available markets” Dell Technologies is targeting that his company is “well positioned” for across multiple sectors.

“We have a history of gaining share in x86 [servers], in hyperconverged, in PCs—I think you’ll see us grow revenue,” said Dell. “I think we’ll have EPS [earnings per share] accretion through debt reduction. And I think there is tons of value to continue to be created inside the core when you lay all that out over a three- to five-year time frame.”

In the fourth quarter of 2021, Dell Technologies is set to spin off its 81 percent stake in VMware to Dell shareholders, the largest of which is Michael Dell. As part of the deal, VMware will pay a special cash dividend of between $11.5 billion and $12 billion to the company’s shareholders, which will include around $9.5 billion to Dell Technologies.

Dell plans to leverage the spin-off to boost its credit rating, help it quickly achieve investment-grade rating, attract new investors and lower its debt stemming from its acquisition of EMC.

Dell gained its majority stake in VMware following its historic acquisition of EMC in 2016 for $67 billion.