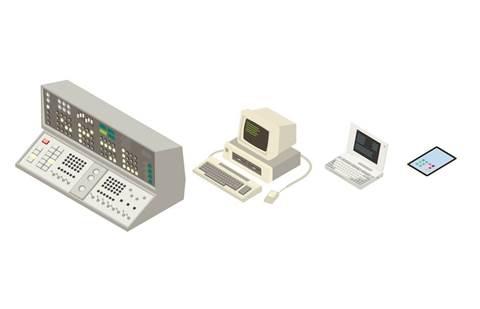 Micro Focus is traditionally a channel-first business, other than in its Application Modernisation and Connectivity (AMC) business. That all changed around 18 months ago when Brent Butchard joined.

The AMC business aims to help customers migrate their applications to modern platforms. AMC customers dealt with Micro Focus directly for the most part due to the size and complexity of the deals, rather than any concerted effort on the vendor’s part, according to Butchard.

“It’s just very big technical engagements that need very skilled resources, which due to their value, are sometimes too costly for the channel to import,” Butchard told CRN. “Also the length of the sale sometimes makes it prohibitive for the customer.”

Butchard joined Micro Focus in 2016 and was promoted to sales director for the AMC business in January 2018. After conducting a review of the business, Butchard decided to capitalise on the challenge facing mainframe customers of where to migrate in the next few years.

“To capitalise on that, it was not cost effective or plausible for me to grow my sales and technical force to gain that business in such a short period of time. So when I did the business plan, it was absolutely clear to me that for my business to scale profitably and successfully in a short period of time, I needed a force multiplier, and that was the channel.”

“So then the challenge for me was how do I create an ecosystem that’s profitable and supportive of my partners.”

Butchard brought plenty of channel experience to the challenge, having worked for the likes of HPE, IBM, Advent One and Avnet during his career.

The AMC channel is now a “patchwork” of different types of partners, said Butchard. Micro Focus works closely with large cloud services providers like AWS and Microsoft Azure. There’s also roughly six global system integrator partners, including Accenture, TCS, Infosys, Wipro and DXC, which have had the most success so far.

Butchard is now focused on smaller niche “subject matter” specialists, those with approximately 10 to 20 staff such as CPT Global that bring “deep technical skills in mainframes.” There’s only three of these partners at the moment, though Butchard said he’s actively recruiting for partners in this space that bridge the gap from the mainframe world to Micro Focus.

Rounding out its channel, Micro Focus forged a distribution deal with Nextgen Distribution shortly after Butchard’s appointment. The distie went on to establish a dedicated enterprise security practice off the back of the partnership.

There’s always going to be a direct component of Micro Focus, Butchard admitted, but he’s set a goal for himself to drive 80 percent of the AMC business through partners.

The company is preparing to relaunch the AMC business this November with a three-pronged strategy focusing on partner enablement, engagements and events. “Watch this space, we’ve got a very big launch coming up in November. It’s a long, six-month integrated campaign,” said Butchard.