Micro Focus to sell off Linux developer SUSE For $3.4 billion 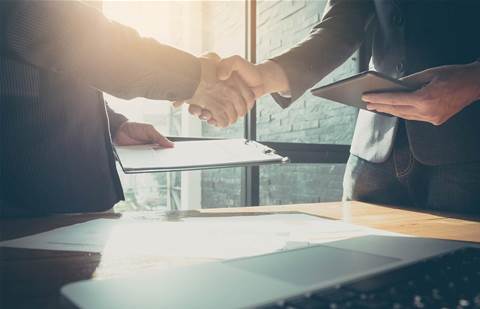 SUSE, a pioneering Linux developer that has become an important player in many open source ecosystems, will change hands as parent company Micro Focus looks to refocus its business.

Micro Focus has agreed to sell the German software developer to Sweden-headquartered private equity firm EQT Partners for US$2.54 billion—a deal that SUSE said in a blog post will allow it "to operate as a fully independent business".

The software company based in Nuremberg has bounced around a few times, starting in 2003 when it was bought by Novell as part of the networking technology developer's effort to grow into the Linux market.

The sale to EQT should close in early 2019 with approval from Micro Focus shareholders and regulators.

Micro Focus has been under financial strain following an US$8.8 billion spin-merger with Hewlett Packard Enterprise's software assets that hasn't delivered the returns investors hoped for.

SUSE chief executive Nils Brauckmann said in a statement there would be continuity of SUSE's leadership team, and with more investment opportunities under the private equity firm, "a sharp focus on customer and partner success."

SUSE was one of the earliest companies to bring to market the Linux operating system. In recent years it has expanded its portfolio to a broader array of software-defined infrastructure and application delivery solutions.

In 2010, Attachmate acquired Novell for US$2.2 billion and set SUSE apart as an independent business unit focused on Linux. Micro Focus, based in the UK, took control of SUSE when it merged with holding company Attachmate Group in 2014 in a US$1.2 billion deal.

Grow your software revenue by selling these 5 affordable, essential tools for the modern workplace
By Joseph Tsidulko
Jul 3 2018
6:55AM