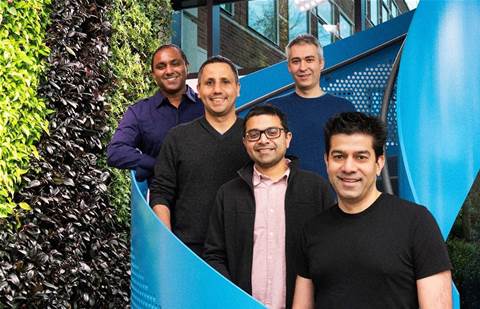 Microsoft bulked up its database chops by snagging Citus, a startup that extends open source PostgreSQL into a distributed database that scales to the needs of large enterprises.

The acquisition of the US-based company founded in 2010 reaffirms Microsoft's commitment to open source, and enabling production deployments of PostgreSQL on Azure, said Rohan Kumar, Microsoft's corporate vice president for Azure Data, on the company's blog.

"Citus is an innovative open-source extension to PostgreSQL that transforms PostgreSQL into a distributed database, dramatically increasing performance and scale for application developers," Kumar said.

The startup's technology "gives enterprises the performance advantages of a horizontally scalable database while staying current with all the latest innovations in PostgreSQL," he said, noting that Citus can be provisioned as a fully-managed service, enterprise software, or as open source.

"Today we are welcoming Citus Data to Microsoft, building on our commitments to make Azure the most comprehensive cloud to run open source and proprietary workloads – at any scale – and to accelerate developer freedom, innovation and openness," he wrote

One potential complication, however, is made clear on the Citus website: "Citus Cloud is hosted on AWS and is available in most AWS regions".

Microsoft hasn't said anything about whether the relationship with its largest cloud rival will be maintained once it incorporates the startup's technology into Azure.

Microsoft has been pushing to enhance PostgreSQL delivery, and launched a managed service for that database technology in March.

"Together, Microsoft and Citus Data will further unlock the power of data, enabling customers to scale complex multi-tenant SaaS applications and accelerate the time to insight with real-time analytics over billions of rows, all with the familiar PostgreSQL tools developers know and love," Kumar said.

Microsoft has also been working to ingratiate itself to communities of open source developers in recent years—most-notably with its US$7.5 billion deal for GitHub, the leading open source code repository.

Eliminating departmental friction within MSPs
By Joseph Tsidulko
Jan 25 2019
11:45AM