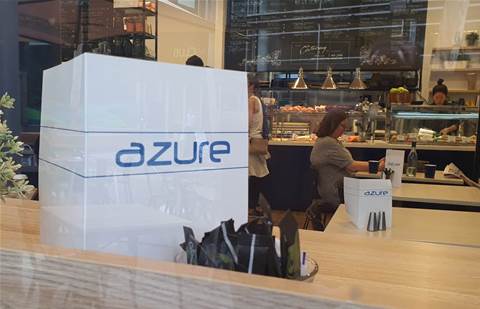 Microsoft has started a preview of a new way to consume Azure.

Known as “Azure Spot Virtual Machines”, the new offer can see prices for Azure VMs sink 90 percent below list prices for pay-as-you-go servers. The kicker is that prices are variable and Microsoft reserves the right to terminate VMs with 30 seconds notice. And yes, we do mean seconds, not minutes.

The rapid termination is due to the fact that Spot Virtual Machines are served from unused Azure capacity. If another customer willing to pay more or with a better claim to Azure resources wants resources, they get them and Spot VM users get to find somewhere else to run their workloads.

Those customers could even be using Spot VMs, but be willing to pay more for them: Microsoft will offer users set a price ceiling for the new service and VMs won’t spawn if prices – which change dynamically – go above your preferred price.

Azure will offer users a separate quota for the new service, rather than have pay-as-you-go quotas spill over into Spot VMs.

As Microsoft explains in is announcement of the preview, Spot VMs are not for everyone, but may suffice for batch jobs, applications that can survive interruptions, or workloads that just don’t need to run for very long.

As revealed amid the pricing details for the new offering, Spot VMs will replace a current Azure product called low-priority VMs.

Microsoft is catching up to the market with this preview: AWS, Google and IBM have had similar products for years.

Serverless computing and containers are other competitors, as both suggest rapid spawning and dispelling of cloud resources.