Microsoft and Qualcomm strike partnership around Windows 10 and Snapdragon 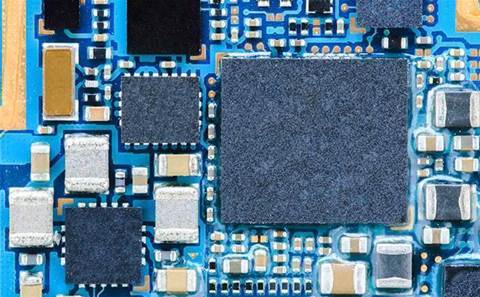 Microsoft and Qualcomm are teaming up in a bid to bring Windows 10 and Snapdragon processors to more types of devices, such as tablets and laptops with cellular connections and longer battery life.

"For the first time ever, our customers will be able to experience the Windows they know with all the apps, peripherals and enterprise capabilities they require, on a truly mobile, power- efficient, always-connected cellular PC," wrote Terry Myerson, executive vice president of the Windows and Devices Group at Microsoft, in a blog post.

Here are five of the key points to know about the new partnership:

To date, Windows 10 has never worked with processors that have ARM architecture, which are known to require less power than Intel processors.

Qualcomm Snapdragon processors — which have been dominant in Android smartphones such as those made by Samsung and LG – use ARM architecture, for instance.

Apple's iPhone processors also use ARM architecture. Now, Windows 10 devices will be able to use ARM processors through Microsoft's partnership with Qualcomm.

Microsoft linked up Windows with ARM processors once before, in 2012. The mobile operating system was known as Windows RT, and it was available on devices including Microsoft's Surface RT tablet.

Windows RT ran into issues, however, in part because it was unable to run traditional desktop versions of Windows apps, also known as Win32 versions. "It's not really the Windows experience that people know, and that makes it an uphill battle," one solution provider told CRN USA in 2013.

In contrast to Windows RT, devices running Windows 10 and using ARM processors will be able to run traditional Win32 apps.

That raises the possibility of vendors developing full-featured Windows 10 laptops that are powered by ARM. The Windows 10 ARM devices will also be able to run universal Windows apps such as Adobe Photoshop, Microsoft Office and Windows games, Microsoft noted.

A major reason Microsoft wants Windows 10 to work with ARM processors is that the processors are designed to work well with devices that connect over cellular (such as smartphones).

Another is that the low-power nature of ARM architecture is a major boon to battery life. Microsoft believes that the cellular connectivity option and improved battery life from using ARM will inspire vendors to bring lots of new Windows 10 devices to market.

The timing of the first Windows 10 ARM devices will depend partly on Qualcomm's release of Snapdragon 835, which will be the first ARM processor that Microsoft plans to support.

Qualcomm has said Snapdragon 835 is arriving some time in the first half of 2017. Both Microsoft and Qualcomm are not promising that Windows 10 ARM devices will actually come out in 2017, with both companies setting expectations for the devices to arrive "as early as" next year.