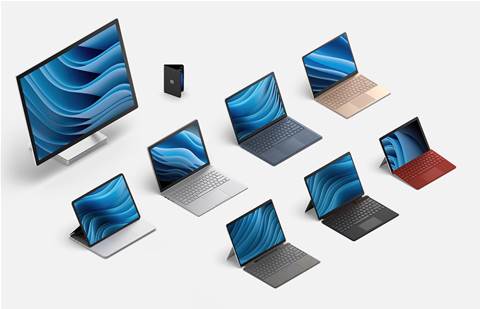 A Surface Pro with 43 percent more compute than its predecessor, a Surface Go that’s 60 percent faster and the Surface Laptop Studio – “the most powerful Surface” Microsoft has made – were on display Wednesday during a digital unveiling of the new line of devices from the tech giant.

The new Surface devices were built “hand-in-hand” with the upcoming Windows 11 operating system, according to the company.

The new devices are “advancing the 2-in-1 category, creating a new laptop category and reimagining what you can do with two screens,” Microsoft CEO Satya Nadella said during the event.

“We believe that cloud and edge AI together will define the future of every application,” he said. “Take the Laptop Studio. With the AI models running on the device, combined with the power of Teams, we’re able to optimize your voice, your video, no matter your background noise or lighting.”

Here is what you need to know about the upcoming devices.

Panay described Surface Laptop Studio as “the most powerful Surface we’ve ever made” at Microsoft, taking elements from Surface Book and Surface Studio, “bringing you the power of a desktop but also that portability needed in a laptop and then the creativity of a studio, all in one.”

The notebook has a 14.4-inch PixelSense display, acting as “a 15-inch monitor to your eyes” but feeling like “a 13-inch device,” Panay said.

The mics have advanced echo control and full duplex for noisy environments. The PC has Microsoft’s first haptic trackpad, can transition from stage mode to laptop mode, and includes an area underneath where the pen charges. 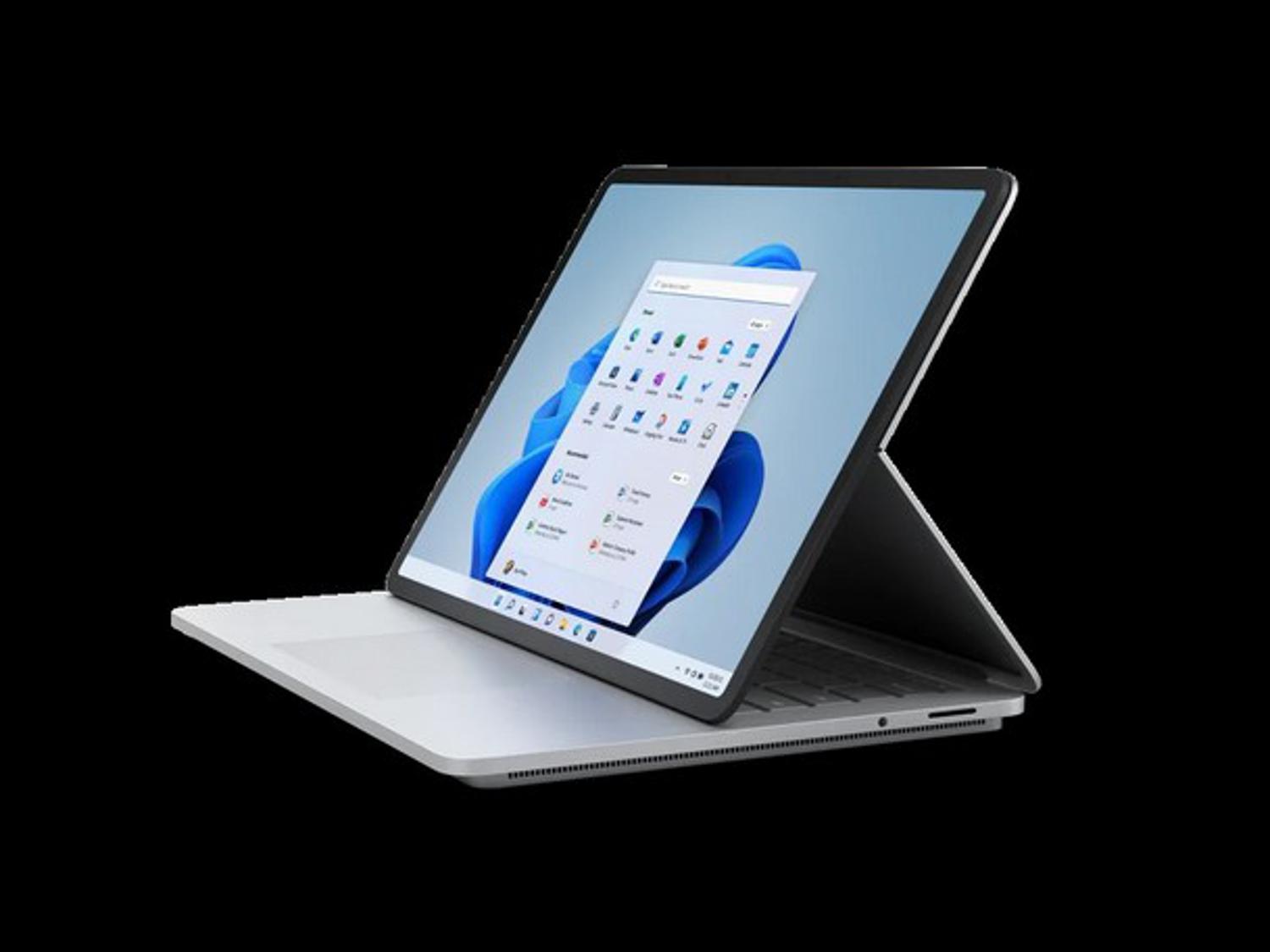 “It perfects exposure and lighting for you on video calls, recognizing and enhancing your face in the toughest lighting conditions no matter what you’re wearing, whether it’s a hat, sunglasses, a mask, doesn’t matter,” Panay said. The Surface Pro 8 is “the most powerful two-and-one in the market,” Peter Kyriacou, vice president of Microsoft devices, said during the Microsoft event.

The PC is built on the Intel Evo platform with 11th-gen Intel Core processing with a design delivering more than 43 percent more compute power and 75 percent faster graphics than Surface Pro 7, up to 32 GB of RAM, 16 hours of battery life and Thunderbolt 4 connectivity.

The Surface Pro 8 works with the Surface Slim Pen 2, which uses a custom processor called the Microsoft G6 that allows for small mechanical vibrations to mimic the pen-on-paper feel. The pen has a sharper tip and promises more accuracy and control and it prompts a customisable pen menu when using Windows 11, Microsoft said. The Surface Duo 2 phone was built in partnership with Qualcomm to be “the world’s thinnest 5G device,” Young Kim, Microsoft partner director of design, said during the event. The device is powered by Qualcomm’s Snapdragon 888 5G Mobile Platform.

The Surface Duo 2 has a nano-coated 3-D glass, Microsoft said. When unfolded, the device has two PixelSense Fusion displays that expand to an 8.3-inch display with a refresh rate of 90Hz. Kim called the hinge mechanism “the most precise and reliable” ever engineered for Surface.

The Surface Duo 2 glance bar allows for checking the time without opening the device, and has colour-coded badges to show how many calls and messages, including Teams chats, users have received, along with remaining battery life.

The Surface Duo 2 cameras have dual optical image stabilisation. Software algorithm and multi-frame processing promise to remove noise. The wide-angle camera promises a faster, more accurate autofocus, even in low light, and has a time of flight sensor. The camera application launches across both displays to provide previews of photos users take and edits.

The Microsoft feed on Surface Duo 2 displays recently used documents, tasks, meetings and news in one view, Shilpa Ranganathan, Microsoft corporate vice president of mobile and modern productivity experiences said. Users can join Teams meetings in one tap and span Teams to see attendees and presentations at once.

Surface Duo 2 can span Outlook across both screens to quicker email triaging, she said. Users can use all phone Android applications on their PCs to multitask, open applications in their own window and pin applications to the taskbar. Users can copy and paste content from their phones into their apps on Windows 11.

“Surface Duo 2 enables me to access all my phone content right on my Windows PC,” she said. Kyriacou called the new Surface Go 3 (pictured) the fastest and most capable Surface Go device yet, 60 percent faster than Go 2 and with an Intel Core i3 processor.

It has optional LTE Advanced, an all-day battery, a digital pen and touch. It is 1.2 pounds with 1080p cameras, according to Microsoft. LTE models will release “in the coming months.” The device has Dolby audio and a 10.5-inch display tuned for diagonal viewing.

David Washington, Microsoft director of program management for Surface devices, demonstrated how Surface Go 3 works with Windows 11 – signing in with Windows Hello, adapting to a preferred user layout with its snap feature, allowing users to switch between different applications and allowing Teams calls with one touch.

Although Surface Pro X – which Microsoft has touted as an overhauled version of the popular 2-in-1 Surface Pro tablet series – didn’t get much attention during the Surface event, Microsoft did announce that the Surface Pro X has Windows 11 and 64-bit emulation built-in and apps including Teams, Office, Adobe Photoshop and Lightroom optimised for ARM.

Microsoft will also release a wi-fi-only model with all-day battery life, according to the company.