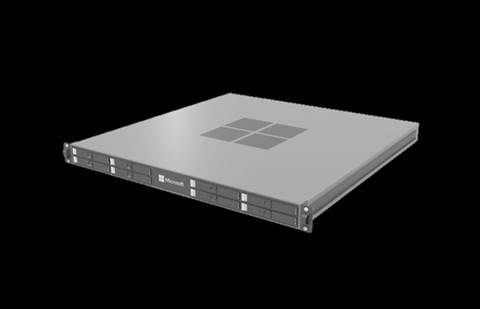 “Customers who are taking a hybrid cloud approach are seeing real business value – I see this in organizations across the globe,” Julia White, Microsoft Azure’s corporate vice president, said in a blog post touting the new offerings. “The ability for customers to embrace both public cloud and local data center, plus edge capability, is enabling customers to improve their IT agility and maximize efficiency.”

“With Azure Stack, you can run Azure (infrastructure-as-a-service) and (platform-as-a-service) services on-premises to consistently build and run cloud applications anywhere,” Arpan Shah, Microsoft Azure’s general manager, wrote in a blog post today. “Azure Stack HCI is a better solution to run virtualized workloads in a familiar way – but with hyperconverged efficiency – and connect to Azure for hybrid scenarios such as cloud backup, cloud-based monitoring, etc.”

Microsoft announced the general availability of Azure Data Box Edge, following a preview of the appliance -- an on-premises anchor point for Azure with edge compute and network data transfer capabilities -- at Microsoft Ignite in September.

Azure Data Box Edge provides a cloud-managed compute platform for containers at the edge. It lets customers process data at the edge and expedite machine learning workloads through a field programmable gate array powered by Azure Machine Learning and Intel Arria 10. It allows for the transfer of data via the internet to Azure in real-time for deeper analytics or model retraining at cloud scale -- or for long-term storage -- as does the Azure Data Box Gateway virtual appliance, which also was previewed in September and now is available through the Azure portal.

“Hybrid cloud is evolving from being only the integration of a data center with the public cloud, to becoming units of computing available at the edge, including even the world’s most remote destinations, working in concert with public cloud,” White said. “What’s compelling about the intelligent edge is many of the same patterns and principles for hybrid applications apply to edge applications.”

“With Data Box Edge, there's no hardware to buy,” he said. “You sign up and pay as you go just like any other Azure service, and the hardware is included. If you don’t need the Data Box Edge hardware or edge compute, then the Data Box Gateway is also available as a standalone virtual appliance that can be deployed anywhere within your infrastructure.”

It helps developers, through a single application programming interface, to easily embed anomaly-detection capabilities into applications, to ensure high accuracy of data and allow users to identify problems in real-time and correct them to minimize loss and customer impact.

It allows developers to build, deploy and improve their image classifiers -- an Azure artificial intelligence service that apply labels to images according to their visual characteristics.

Custom Vision uses a machine learning algorithm that can be trained and, over time, used to classify new images according to the needs of an application. “Developers can train their own classifier to recognize what matters most in their scenarios or export these custom classifiers to run them offline and in real time on iOS (in CoreML), Android (in TensorFlow), and many other devices on the edge,” Raman said. “The exported models are optimized for the constraints of a mobile device providing incredible throughput while still maintaining high accuracy.