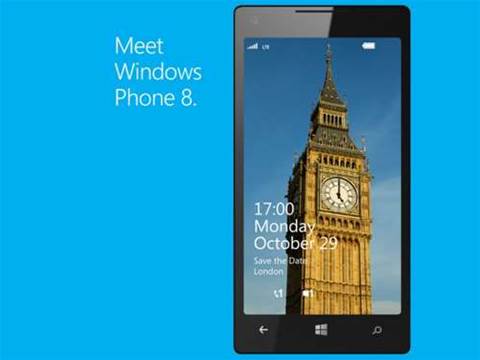 The likes of Nokia, HTC and Samsung have been quick to announce smartphones running Microsoft's upcoming Windows Phone 8 mobile OS, despite the operating system not having been officially unveiled yet.

Microsoft today sent out invitations for its WP8 launch event in the UK and US for October 29th – four days after its Windows 8 launch.

The invitation gives little else away. However, at the top left of the pictured smartphone is the acronym LTE, suggesting the 4G-enabled Nokia Lumia 920 and Lumia 820 may be shown off alongside other details of Microsoft's high-speed mobile broadband strategy.

Australian telcos have already pledged for Nokia's Lumia models. The flagship 920 will arrive in Australia on Telstra and its 4G network, with its sister Lumia 820 to touch down with Optus Business and Vodafone.

Local availability and pricing for Samsung's Ativ S and HTC's 8X and 8S are yet to be announced.