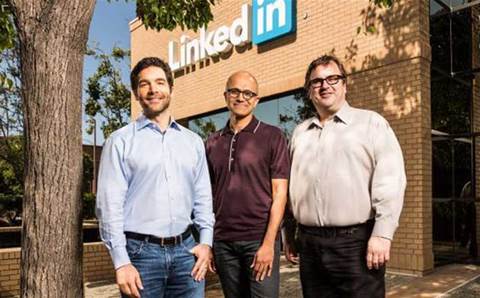 Microsoft has expanded its board of directors by adding LinkedIn founder Reid Hoffman, the company announced.

Hoffman, a former PayPal executive, founded LinkedIn in 2002. The announcement comes three months after Microsoft closed its blockbuster US$26.2 billion acquisition of LinkedIn. Hoffman has been a partner at venture capital firm Greylock Partners for the past seven years.

The addition of Hoffman expands Microsoft's board by one member, to 12.

Nadella again brought up the subject of LinkedIn's potential as part of the company during Microsoft's earnings call in January. "Our top priority is to ensure we innovate and drive value for LinkedIn members and grow their daily engagement," Nadella said.

Adding Hoffman to the board appears to be a tangible step in that direction, since he'll be able to offer guidance on how to best blend LinkedIn's vast network of connections with Microsoft's collaboration efforts and its various cloud computing products.

Meanwhile, Microsoft's recent launch of its Teams collaboration tools shows that the company is fighting a multi-front war for the attention of enterprise workers as it uses LinkedIn and Skype to provide competitive responses to Salesforce Chatter and Amazon Chime.