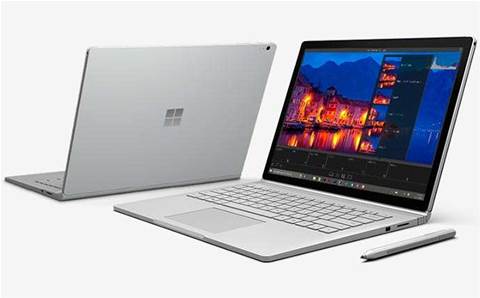 Microsoft has finally opened up its high-selling Surface device to the broader reseller channel, with more than 150 Australian partners given the greenlight today.

The news comes more than three years after the Surface range first launched and six months since Microsoft's global channel chief, Phil Sorgen, announced that the vendor would change its unpopular policy of restricting the Surface channel and instead open up the hybrid device to "a few thousand" resellers around the world.

From today, the 150-plus approved resellers can order the full Surface range from Ingram Micro and Synnex, with further resellers to be added on an ongoing basis and no upper limit to the program, said Tina Flammer, Surface product marketing lead at Microsoft Australia.

Flammer said Microsoft expects to "aggressively grow" Surface sales, as these new distributor-managed partners join the existing 14 Authorised Device Resellers, which are managed directly by Microsoft and were first announced in September 2013.

Microsoft also sells Surface through its online store and new retail flagship outlet in Sydney, as well as via retailers Harvey Norman and JB Hi-Fi. The vendor's reseller partnerships with HP and Dell have not launched in Australia, having only recently gone live in the US.

The hybrid computer now faces a bevy of competitors in the market, with devices from Microsoft's own OEM partners such as HP Inc and Samsung, while arch-rival Google recently released the Pixel C and Apple launched the iPad Pro, widely seen as a response to Surface.

In Australia, Synnex and Ingram Micro have been receiving applications from resellers for Surface access since WPC, when CRN revealed the two local distributors.

The decision on which resellers get the seal of approval is being made by the disties in conjunction with Microsoft. Flammer would not comment on targets for unit volumes or sales, but said strong credentials in selling hardware were important to qualify as a Surface reseller. "The disties would like to see strong productivity coming out of the resellers."

She said the ideal Surface resellers "have a strong mobility practice across hardware and software. They work directly with the end customer on building out their mobility solutions. We have seen interest and registrations across a great spectrum."

Lee Welch, general manager at Ingram Micro Australia, told CRN that the distie would be providing a range of services, including "the basics", such as online ordering, holding large volumes of stock, imaging, asset tagging, device recycling, account planning and supporting deal registration. "The partners have goals to hit and we will help them hit the goals."

Welch added that Ingram was also well placed to support Surface resellers as a distributor of Microsoft Lumia smartphones and tablets as well as a two-tier Microsoft Cloud Solution Provider (CSP). "There will be device deals but also everything you can wrap around it – CSP, cloud services, migration services – that is where a lot of profitability comes in. We are uniquely positioned to help partners with that."

Synnex national commercial sales manager Ahmmad Issa said a large volume of Surface stock had been released to the distributor late last year and Synnex was well-prepared to cater for demand in the peak education buying season.

He said local council and government were also clear target markets for resellers.

Asked about the stock shortages last year, Issa said resellers could now feel confident about supply – "We expect a huge demand, and growing, once the announcement comes out."

Some of the new resellers include Sydney-based Astron Technology, Perth's Winthrop Australia, Melbourne-headquartered Thomas Duryea and Fujitsu – each of which have different market opportunities, said Flammer.

Astron, for instance, will bring Microsoft cloud and mobility solutions to enterprise customers, while Winthrop will centre around education. Surface will join "a wonderful array of OEMs" at Fujitsu, said Flammer, while Thomas Duryea will be able to combine Surface with Office 365 deployments.

Astron director of alliances and development Tom Langley said enterprise customers "love the portability that tablet devices have given but still need the power of a laptop. Microsoft Surface has set the standard for merging these two seemingly conflicting sets of requirements with a single device that has redefined mobility for knowledge professionals."

Cedric Celestine, general manager at Winthrop, said inclusion in the Surface program "will expand our reach into our existing customer base. It will allow Winthrop Australia to provide a complete end-to-end solution to our clients and help expand Microsoft’s devices into the Australian education market."

However, Microsoft's move into the hardware channel has not been without its missteps. There has been the much-maligned decision to restrict the reseller channel; there was overcompensation on stock – Microsoft wrote down US$900 million of inventory for its unpopular Surface RT line; and more recently there were under-supply issues, with resellers complaining of stock shortages late last year.

Flammer was confident Microsoft Australia has now overcome supply issues. "We are absolutely in a great place to be able to launch this program and hope that we can continue to exceed growth expectations."

She said Microsoft had received an ongoing education in the hardware channel from its major hardware resellers, name-checking Data#3, Computers Now and Ethan Group as three partners who have "continued to work with us – and we have sought their feedback".

"The Surface team have been very open and transparent about our journey and our growth. The other piece that has resonated so well with the channel is that the Surface busness listens and I can recount story after story of being with partners who have said, 'Yes, you are leaning. Yes, we've had bumps in the road but you have always listened and you have put what we said into practice over time," said Flammer.

Eliminating departmental friction within MSPs
By Steven Kiernan
Jan 29 2016
8:00AM