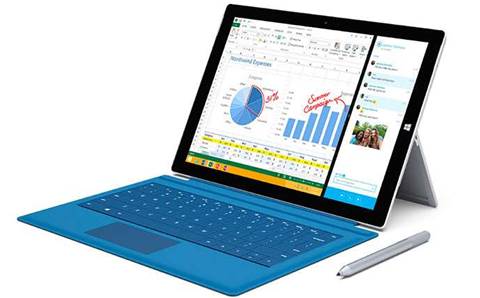 Microsoft's Australian Surface channel expansion continues to ramp up, as the company hunts for a new manager to drive strategy for the two-in-one device in the commercial channel.

"The leader will have overall ownership and accountability for Surface sales strategy and results for the commercial channel in their market," according to the job advertisement on LinkedIn.

The recruitment drive, which comes as Microsoft expands its Surface channel, is targeting a seasoned executive with 10-plus years of experience in enterprise IT sales and channel. Microsoft wants "a Surface visionary in terms of where customers and partners… are heading [in] the market so we can get there first and lead them to victory".

Microsoft would not expand beyond the detail of the job advertisement when contacted by CRN.

The new recruit will need to run with the ball on the Surface channel strategy, which is expanding after years of criticism from resellers for being restricted to a small number of partners.

Microsoft came under fire from resellers in the early days of Surface, when the new hybrid computer was limited to its own online store and retailers JB Hi-Fi and Harvey Norman.

The vendor expanded access to around a dozen ADRs, a small group of directly managed resellers, in September 2013, before last year announcing plans to open up the Surface line to "thousands of new resellers" globally, with Synnex and Ingram Micro approved as Australian distributors. An announcement about this program is expected "in the early part of 2016".

Last month, CRN reported that this plan to open up Surface to distributor-managed partners was being hampered by stock shortages.

Philip Goldie, director of partner business and development at Microsoft Australia, told CRN at the time that the shortages were "a good news story because the demand is massive, but it has been challenge as we have wound down on [Surface Pro] 3 and wound up on [Surface Pro] 4. That is something that a lot of vendors face."

Stock shortage marked a reversal of fortune for Microsoft, given that two-and-a-half years earlier, the vendor made an embarrassing US$900 million inventory write-down over its unpopular Surface RT line.

The latest models to hit the street are the Surface Pro 4 along with the Surface Book, both of which have garnered positive reviews.