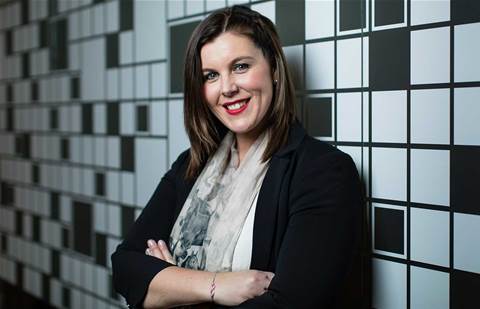 Robinson, who most recently led Microsoft’s business planning and sales operations team of 15, will transition into the go-to-market lead on 1 August. Robinson brings more than 17 years of industry experience to the position, with a particularly skillset across marketing business management and operations, according to Microsoft.

Robinson has also worked as product marketing lead for Microsoft Office in the consumer and SMB segments, where she spearheaded new approaches to marketing campaigns, driving the Office 365 consumer business to an all-time high, Microsoft said.

The sales operations lead joined Microsoft in 2007 as business and digital marketing manager in advertising for the Europe, Middle East and Asia region. Prior the that, Robinson worked for Lenovo as a brand marketing manager and product manager between 2005 and 2007.

Robinson also worked at IBM between 2001 and 2005 across Australia and New Zealand and in APAC roles.

Microsoft Australia’s One Commercial Partner area director Mark Leigh said he was thrilled Robinson would join the team during what is an important time for the business.

“A key component of Microsoft long-term success is the innovation that our partners deliver to bring customers’ digital transformation vision to life. FY19 is set up to be another breakthrough year for the Microsoft partner network and we’ll continue to enhance the core OCP operating model that we established last year,” he said.

Microsoft named Tony Wilkinson as its new partner business and development lead in August 2017. He replaced former channel chief Philip Goldie amid a major restructure of its Australian channel team under the One Commercial Partner model unveiled that January.