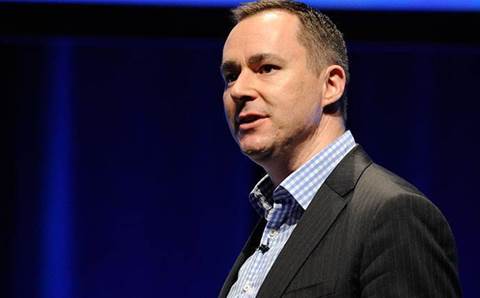 Beginning 1 March, Goldie will lead the small and midmarket solutions and partners (SMS&P) business for Microsoft New Zealand. Goldie, whose wife is from Auckland, will relocate for the role.

A Microsoft spokesperson said the company is actively recruiting for a replacement.

"After an amazing seven years here in the Australian subsidiary it’s time to take the next step in my career and join the equally brilliant Team New Zealand," said Goldie.

"It’s a great opportunity to combine my next role leading SMS&P New Zealand with an ability to be closer to our family there. I’ve learnt so much from this team and had the privilege to work with so many great people, so thank you!”

Goldie has worked for Microsoft since 2010, and was appointed as the partner business director in 2014, where he was responsible for leading the vendor's channel strategy in Australia.

A high-profile figure in the Australian channel. his departure leaves a vacancy for what is perhaps the biggest channel chief role in Australia. The cloud and software vendor is thought to have in excess of 10,000 local partners as well as working with almost all major distributors.

Goldie has held the role through a period of significant change for the Microsoft Australia channel.

Microsoft unveiled its cloud solution provider (CSP) program, as a way for partners to transact its cloud suite including Office 365 and Azure. The company has progressively added distributors as indirect CSPs.

Both of these shifts in strategy followed periods of pushback from partners - initially most were unable to resell Surface and were at one time forced to transact Office 365 through Telstra.

At the Microsoft Australia Partner Conference in September, Goldie revealed to CRN his team's latest initiative – to establish a 'practice development unit' (PDU). These new recruits and reployed employees would upskill existing partners as well as sniff out new ones to fill gaps in the Microsoft channel across five categories: data and analytics; cloud infrastructure; security and mobility; cloud application development; and enterprise voice.

Microsoft announced a global restructure to combine the SMS&P business with its Enterprise Partner Group (EPG) earlier this month. However, Microsoft did not comment on whether changes would be coming to Australia or New Zealand.

The Australian SMS&P business is led by Mark Leigh, who said "During his time as director of partner development, Phil has fostered a strong partner ecosystem and the positive impact will be felt for a long time to come because of the strong relationships he has built.

"His work to establish the Partner Development Unit (PDU) will also continue to nurture these relationships to drive ongoing opportunities for not only Microsoft and our partners, but also for our customers."

Goldie's new role is not the first recent shake-up in the Microsoft partner team.