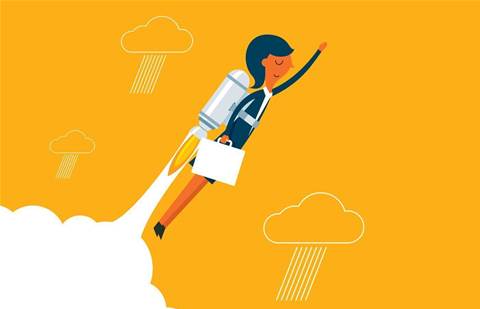 Gartner research vice president Sid Nag said Google Cloud’s surge was something to watch out for. “Google’s cloud offering is something to keep an eye on with its new leadership focus on customers and shift toward becoming a more enterprise-geared offering,” he said.

The global public cloud infrastructure-as-a-service (IaaS) market grew 31.3 percent to US$32.4 billion in 2018, up from $24.7 billion. The top five providers AWS, Azure, Alibaba Cloud, Google Cloud and IBM Cloud all accounted for just under 77 percent of the market, compared to 73 percent in 2017.

Providers listed under “Others” saw their combined market share decline from 27.4 to 23.2 percent, posting 11 percent growth to reach US$7.5 billion. In comparison, the top five posted 39 percent aggregate growth.

"Despite strong growth across the board, the cloud market’s consolidation favors the large and dominant providers, with smaller and niche providers losing share,” Nag said.

“This is an indication that scalability matters when it comes to the public cloud IaaS business. Only those providers who invest capital expenditure in building out data centers at scale across multiple regions will succeed and continue to capture market share. Offering rich feature functionality across the cloud technology stack will be the ticket to success, as well.”