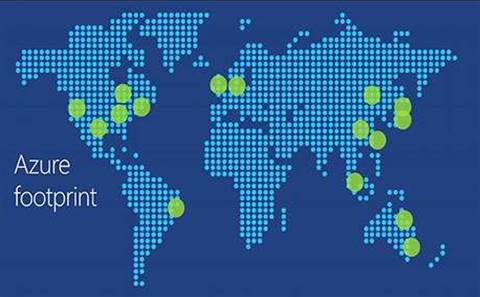 Microsoft today confirmed the long-awaited arrival of its Azure cloud service in Australia, announcing general availability from its Sydney and Melbourne data centres as of next week.

The company first revealed it would bring Azure to Australian shores a year and a half ago, but has consistently declined to provide an availability date beyond "the end of 2014".

Microsoft US confirmed in a press release today that Azure in the Australia region would be made generally available from next week.

It would bring the total number of regions Azure is operational in globally to 19.

Microsoft has been testing the service locally with a limited number of customers in private preview for the last few months, and has been taking existing customers through the facilities to boost up numbers using the service prior to public launch.

The company also recently said it had volunteered to have the service assessed against the Australian Signals Directorate's information security manual (ISM).

NextDC is expected to be announced as the host of the Azure facilities after reporting a $60 million partnership with a "large corporate" client last year.

Microsoft will publically launch the general availability of the service at a press event on Monday at Sydney's Hordern Pavillion. The vendor has declined to provide any details of the event.

Microsoft's Australian chief security advisor James Kavanagh recently confirmed to sister publication iTnews that the public launch had been timed to ensure the service will be accredited to global and local standards, such as ISO27001.

Once Azure goes live, the company will battle with rivals such as IBM and AWS, who have existing cloud services available from Australian data centres.

IBM this month revealed its first SoftLayer cloud services would be made available to Australian users through Digital Realty data centres in Sydney and Melbourne, while AWS - which has been in Australia since 2012 in three co-location facilities - is planning to construct two of its own data centres to cater for growing demand.

Grabbing the hybrid cloud opportunity with Lenovo and Azure Services
By Allie Coyne
Oct 22 2014
7:25AM