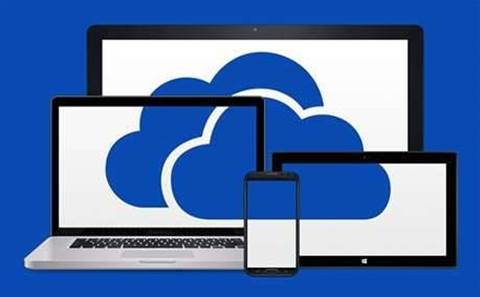 Microsoft has downgraded the data limits for its cloud storage product OneDrive, including removing the unlimited plan from its range.

The current unlimited plan will now be capped at 1TB, while free accounts will be reduced from 15GB to 5GB for both new and existing subscribers. The 15GB bonus for users that activate auto-backup of camera photos has also been abandoned.

On a blog post today, the vendor blamed the change on exploitation by "a small number of users".

"Since we started to roll out unlimited cloud storage to Office 365 consumer subscribers, a small number of users backed up numerous PCs and stored entire movie collections and DVR recordings," the blog post read.

The changes will take effect early in the new year. Existing users that are over the new thresholds will have a 12-month grace period to comply, while Office 365 users may be eligible for a refund.

"If you are an Office 365 consumer subscriber and find that Office 365 no longer meets your needs, a pro-rated refund will be given," announced the blog.

Users took to the blog's comments section to vent their annoyance, with many suggesting it will drive customers toward competitors such as Google and Dropbox.

I’ll more than likely cancel my subscription and move to Dropbox as my primary cloud storage provider. You’re trying to say it was a small minority that messed this up for everyone, but the truth is you offered too much free storage to the average user and were not making enough of a profit. Now everyone that has exceeded their limit will either pay for an upgraded storage tier or transition to a different provider.

The Free OneDrive storage (15 GB) and the 15 GB camera roll storage bonus was the big differentiator between dropbox, google drive and the rest of the competition. It was how I was able to convince my friends to try and use the service.

So, you’re punishing EVERYONE because some people abused the system? Yeah, that sounds fair. Another Microsoft service taking several steps back instead of forward.

To be clear no one abused the system, We were given unlimited storage, and expected MS to keep good on that promise. I am wondering why I should keep paying for that office subscription now. Google still has free office alternative correct.

This is classic bait-and-switch, plain and simple. Microsoft overpromised and under delivered here, period. There is no other way to slice it. Hiding profit-chasing under the guise of ensuring quality of service due to a small minority abusing the system may convince a 5 year old, but certainly not me. This decision is absolutely atrocious and leaves Microsoft with precisely ZERO competitive advantage against other cloud storage service providers.

I guess I’m just going to have to move all of my photos to another service because while all other cloud services are increasing their free storage, Onedrive decides to decrease it. This is a huge step backwards.

With all due respect, nobody “abused” the system. Regardless of what they stored or how they stored it, assuming the content itself was within the terms of service, it is simply not possible to abuse a resource bound by no limit. My Office 365 subscription is getting canceled within the next 15 minutes.

Grow your software revenue by selling these 5 affordable, essential tools for the modern workplace
By Tony Yoo
Nov 3 2015
5:28PM