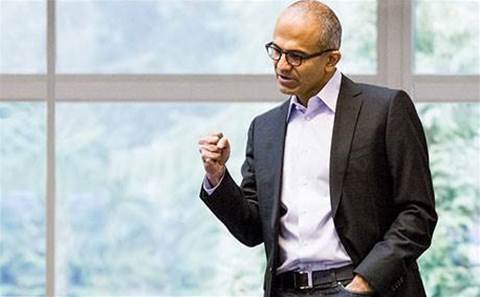 Strong financial growth and leadership in key areas at Microsoft led chief executive Satya Nadella to receive an increase to his compensation package of 29 percent in fiscal year 2018.

Nadella received total compensation of US$25.8 million in fiscal 2018, which ended 30 June, according to a proxy filing Tuesday with the US Securities and Exchange Commission.

That's compared to pay of US$20 million during the previous fiscal year, and US$17.7 million in compensation during fiscal 2016.

Nadella's pay was based upon both quantitative and qualitative performance, according to Microsoft's proxy filing. Under his leadership, Microsoft "has seen strong execution of our vision for the intelligent cloud and the intelligent edge in a highly competitive market," the filing says.

The proxy filing also mentions highlights such as the introduction of the bundled Microsoft 365 offering, Azure product expansions such as the hybrid cloud service Azure Stack, cybersecurity enhancements and the company's gaming strategy.

Nadella's compensation for fiscal 2018 included a base salary of US$1.5 million and stock awards of US$16.8 million.

He received a cash incentive of US$7.4 million for meeting or exceeding all performance targets, Microsoft said in its proxy filing.