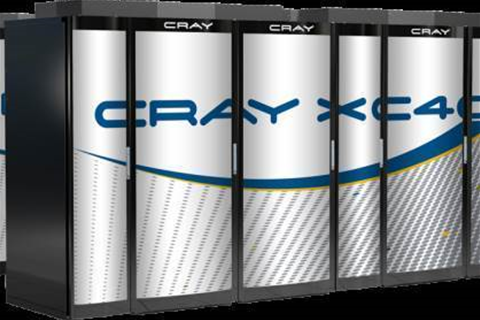 Cray and Microsoft have announced a new partnership to offer Cray supercomputers in Azure data centres.

This will allow customers to run AI, advanced analytics and modelling and simulation workloads while connected to the Azure cloud.

The new partnership will make it easier for cloud customers to access the power of supercomputing and increase their problem-solving potential. The two companies will also bring the offering to a new set of customers who were previously unable to purchase or maintain an on-premise Cray system.

Jason Zander, corporate vice president at Microsoft Azure, said: "By working with Cray to provide dedicated supercomputers in Azure, we are offering customers uncompromising performance and scalability that enables a host of new previously unimaginable scenarios in the public cloud.

"More importantly, we're moving customers into a new era by empowering them to use HPC and AI to drive breakthrough advances in science, engineering and health."

The supercomputers available on Azure will help researchers, analysts and scientists to train AI deep learning models in a fraction of the time it has taken before. The Cray XC and Cray CS supercomputers will be available through the partnership.

Peter Ungaro, CEO of Cray, stated: "Our partnership with Microsoft will introduce Cray supercomputers to a whole new class of customers that need the most advanced computing resources to expand their problem-solving capabilities, but want this new capability available to them in the cloud.

"Dedicated Cray supercomputers in Azure not only give customers all of the breadth of features and services from the leader in enterprise cloud, but also the advantages of running a wide array of workloads on a true supercomputer, the ability to scale applications to unprecedented levels, and the performance and capabilities previously only found in the largest on-premise supercomputing centres."

Cray offered supercomputing as a service in the cloud back in May, hosted through Markley. The aim of the offering was to make it easier and cheaper for researchers, data scientists and executives to access the power they need to analyse huge amounts of data.