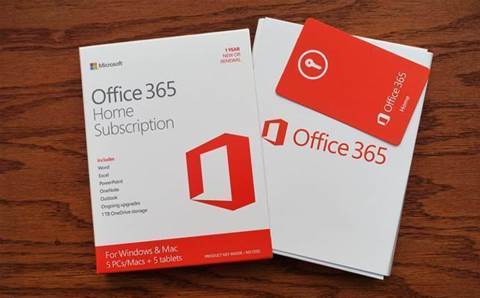 Microsoft is switching things up in its lineup of email offerings, by cutting off its Outlook.com Premium service to new subscribers and introducing some of the service's features to Office 365 subscribers.

Those features include an ad-free inbox and enhanced security, as well as a higher level of customer support.

The removal of ads and other benefits will now be available to Office 365 Home and Office 365 Personal subscribers, Microsoft said.

Microsoft said that Office 365 subscribers will now receive additional protection against malware via enhanced scanning of attachments. Office 365 will also provide real-time checking of links to assess whether the link corresponds to a malicious site and the email service will alert users with a warning screen if there's a threat, the company said.

The announcement from Microsoft comes just a few days after the company reported strong results for its Office business during its fiscal 2018 first quarter, ended 30 September.

Revenue for Microsoft's productivity and business processes segment, which includes Office, reached US$8.2 billion during the quarter, up 28 percent from the same period a year earlier. The segment's results were driven in part by 42 percent growth in Office 365 commercial sales, year-over-year, Microsoft announced.

Overall, Microsoft reported that its revenue grew 12 percent during fiscal Q1 from a year earlier, to US$24.5 billion.