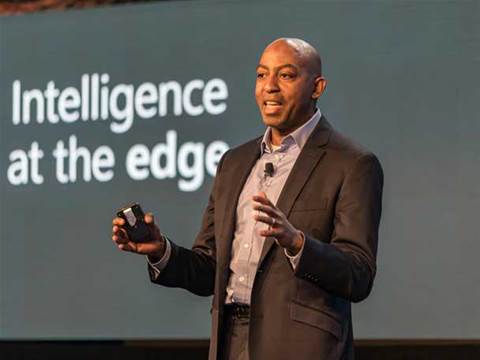 “When you look at subscription models in general, there is a premium for a monthly term,” said Clark, corporate vice president, global channel sales, at Microsoft, in an interview with CRN US.

“And then there’s typically some type of value in going to an extended annual term. And in this case, we’ve built that into our model, and we’re also aligning to other models that are in the market. You sign up for any subscription today that is a cloud-based subscription, and you get that option. You can pay more monthly, or you can go to this annual term.”

Microsoft has “always had this notion of annual contracts,” Clark said. “But we didn’t necessarily enforce monthly interpretation of those annual agreements,” he said. “And so when you look at the business model today, it’s really no different than previous. A partner has to assess the creditworthiness of a customer. And based on that, if there is a customer that they deem as at risk, then there is a monthly option for that and they can go month to month.”

Clark’s comments come amid complaints from some MSPs and other solution providers who are concerned that customers will have to pay more for month-to-month subscriptions when the changes become effective in March. The monthly premium is on top of a previously announced overall price increase for Microsoft 365 planned for March 1.

An online petition launched last fall by US based Microsoft partner Axiom, for example, urges Microsoft to reconsider a 20 percent fee on monthly Microsoft 365 subscriptions that’s expected to take effect in March 2022, with the petition garnering more than 1,909 signatures so far.

Microsoft is providing “more choice and flexibility” with NCE, whether partners choose the monthly Microsoft 365 licensing path or the annual subscription model for their customers, noting both customers and partners will see significant benefits to an annual contract, Clark said.

“You get that at a rate that‘s affordable and also then allows the partner, in this case, to make a decision as to who they can extend the annual terms to,” Clark said. “They can collect up front if there is a credit scenario, or they can choose to bill a customer on their own terms on a monthly basis. And so this is part of flexibility as well, and one of the ways that we actually see it helping provide and support—but it doesn’t necessarily change the risk profile, which has always been there.”

To make the switch to NCE easier on partners and customers, Microsoft has a discount in place to prevent the 20 percent monthly premium pricing until June.

Microsoft also has a 5 percent discount on annual term offers. The annual promotion runs through March, according to Microsoft. But the company is considering an extension to June.

Both promotions are for seat-based offers for up to 2,400 seats per subscription. The promotions don’t apply to Windows 365 subscriptions, according to the tech giant.

The NCE platform—which reduces the number of software licensing go to market models from 20 to just three—sets the stage for a new era of simpler software licensing for Microsoft customers and partners, said Clark. NCE—which became generally available Jan. 10—was originally set to be launched last October but was delayed to give partners more time to adapt to the changes.

“During that time … we supported our partner ramp with additional resource, technical resource as well as modeling on their business model so that we can, in essence, be ready for where we are now,” Clark said.

The three new go-to-market models are: a breadth motion that includes CSP partners, an enterprise motion and a self-service motion. That’s a more streamlined experience for customers than the 20-plus ways customers previously purchased, through programs including CSP, Open License, Select Plus and directly online, Clark said.

The impetus for NCE is minimizing the number of ways Microsoft customers buy software, Clark said. The goal is flexibility, simplicity and efficiency – efficiency being an important value customers seek, said Clark.

“Regardless of where a customer is, whether or not they‘re purchasing a large enterprise agreement or going through CSP or they are going into self-service mode, they have one common platform and experience,” he said. “And that is what customers are asking for. And the thing that’s interesting in that statement is it‘s an efficiency statement for both our customers and our partners.”

For partners, the NCE platform provides big changes that streamline licensing through a dashboard, including the ability to schedule seat counts and log automatic term renewals, Clark said.

“Allowing a partner to schedule seat counts, to do SKU conversions, to manage subscriptions automatically and assign seats automatically through a dashboard is hugely efficient for our partners,” he said.

Ultimately, NCE validates the CSP go-to-market sales motion, Clark said. “As partners want to engage and extend through CSP, ultimately, now we‘ve made and created this flexibility in New Commerce,” he said. “New Commerce is a great example of where we’re always looking to make sure that we‘re providing the best level of support, the most flexibility and the best value – most importantly – for customers.”

Clark told CRN that Microsoft has heard the negative feedback from MSPs. He hopes that partners see that the long-term positives of NCE outweigh short-term changes they need to make to adopt new commerce experience. “While we‘ve been excited about New Commerce, we also acknowledge that this has been a pretty significant undertaking for our partners,” Clark said. “We get this feedback all the time.”

“While change is tough—we acknowledged that earlier with some things that we put in place—as a partner in the ecosystem, we always have to be open and look for ways to create more value for our customers and then, ultimately, how our partners can deliver on that value,” he told CRN.

Microsoft will continue to make investments and improvements in its channel initiatives, Clark said. He pointed to the recent reduction of commercial marketplace fees from 20 percent to 3 percent as an example of how Microsoft is changing its partner programs even outside of NCE.

“You‘ll see us continue to make announcements because my goal as the leader of our business and in a role as a channel chief is to simplify,” Clark said. “Take some of the moving pieces out and ultimately get us to a point where we can simplify. And again, NCE is a testament to that as well.”

With all of the change, Clark said he wants partners to know that the Microsoft partner ecosystem remains “absolutely critical” to how Microsoft does business. About 95 percent of Microsoft‘s commercial revenue is influenced by partners either directly or with Microsoft.

“Partners are central to what we do,” Clark said. “We are building things like Marketplace and enhancements to things like Partner Center. We are supporting back-end flows to make it easier for our partners to do business with us through digital means as well as through traditional. So we are investing … a big part of our strategy is to continue to deliver on the promise of more value to customers and more flexibility and support for partners.”

Grow your software revenue by selling these 5 affordable, essential tools for the modern workplace
By Wade Tyler Millward
Feb 11 2022
10:30AM