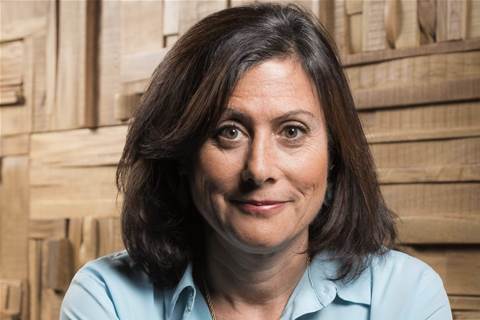 With Microsoft's huge emphasis on shifting to cloud in recent years, the company and its partners were well positioned for the sudden surge in demand for remote-work solutions, Microsoft Channel Chief Gavriella Schuster said in an interview with CRN.

From Microsoft Teams online collaboration to Windows Virtual Desktop to Azure migration and security, Microsoft and its partners had laid the groundwork for a full-on cloud transition over recent years, said Schuster, who is corporate vice president for Microsoft's One Commercial Partner organization.

The arrival of the COVID-19 coronavirus pandemic has led countless businesses to move to work-from-home at a breakneck pace since March.

"We've been working toward this," Schuster said -- "even though we had no idea" what exactly was coming.

The shift is not expected to be temporary, either, she said.

"I think that the world will probably never work the same again," Schuster said. "That creates even more opportunity, long term, for our partners."

Of the myriad technology ecosystems in 2020, "the Microsoft one has been uniquely prepared for the challenge of secure remote work," said Reed Wiedower, CTO of Washington, D.C.-based New Signature, in an email to CRN.

"I know a lot of organizations that depended upon non-enterprise focused products (Zoom comes to mind, G Suite and Slack too) that worked great in a single scenario. But as soon as folks really began to use them heavily, they either didn't scale up, or security flaws were revealed that resulted in customers completely abandoning the products," Wiedower said. "And that's kind of at the heart of this moment: a lot of competitors to Microsoft built products that were less expensive, and touted as 'good enough’ -- until folks found out that if everyone had to work from home, on unreliable internet connections (or ones that were simply saturated from use) -– that the products didn't stand up. You get what you pay for."

Solution providers have played a central role in deploying Microsoft's Teams collaboration app to customers during the sudden remote-work shift. Teams added 12 million users during a single week in March, bringing the number of daily active users to 44 million.

In early March, Microsoft launched a free Office 365 E1 subscription for six months to businesses and educational institutions that aren't currently licensed for Teams. The free Teams subscription has been "very popular," Schuster said. "I've heard both from customers and partners, it was just the right thing at just the right time."

Because the solution is free, however, Microsoft has moved to enhance financial incentives for partners bringing Teams to customers, she said. Earlier this month, Microsoft increased incentive payouts for partners around Teams usage.

"It was a way for us to support those partners and pay them for the additional usage they're driving--during this time when they were kind of giving their services away," Schuster said.

Robby Hill, CEO of Florence, S.C.-based HillSouth, called the incentive increase a "strong" move by Microsoft, "during a time in which customers are looking to rapidly deploy products like Teams."

"And whatever product they deploy now is something that customers are going to be locked into for a very long time – well past the current crisis we're in," Hill said.

Meanwhile, usage of Windows Virtual Desktop--which simplifies the deployment of virtual desktops while providing a less expensive licensing model usage--has seen growth of more than 3X during the shift to remote-work, according to Microsoft.

"We'd had our cohort of partners that had been building those solutions with us and were ready to go," she said. "Those are some of the partners that got way overwhelmed. Because they were like, I can do Windows Virtual Desktop, but now all these customers who weren't quite prepared--where [for instance] their call centers now have to be done from home--they need Windows Virtual Desktops. So they've pulled that together."

Schuster estimated that more than 90 percent of the Windows Virtual Desktop deployments have been serviced by partners.

Since the shift to remote work began, organizations that had built out complex virtual-desktop environments have begun to recognize that--as soon as employees were all forced to use them--those environments came up short, Wiedower said.

"Hence the burning desire to leverage Windows Virtual Desktop, and even more importantly, to modernize apps so that scenario isn't even needed," he said.

The good news for partners is that "even once things eventually get back to normal, the benefits will still accrue to partners and customers that were in the Microsoft ecosystem," Wiedower said. "Building your business on advertising dollars, rather than on folks paying each month for quality software products, isn't sustainable in the long run, and creates lots of opportunities to violate trust. Being able to 'work everywhere securely' is no longer marketing speak: it's the new normal."

Grabbing the hybrid cloud opportunity with Lenovo and Azure Services
By Kyle Alspach
Apr 14 2020
7:29AM