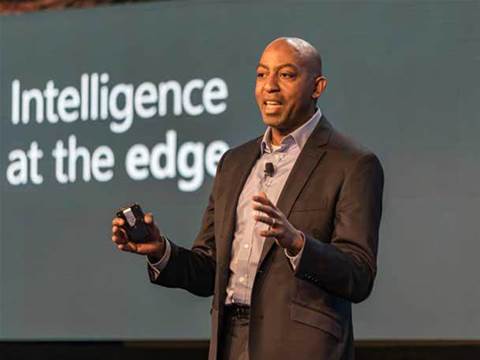 Microsoft channel chief Rodney Clark will leave the company after more than a year in the role and after more than 24 years with the tech giant, Microsoft announced in a blog post Monday. His successor will be named at Microsoft’s annual Inspire partner conference in July.

Clark – whose formal title at the tech giant has been corporate vice president of channel sales and Microsoft channel chief since March 2021 – “will be an Executive Officer at a publicly traded company that is a great partner to Microsoft, and more details will be announced in the coming weeks,” according to a blog post authored by Nick Parker, Microsoft’s corporate vice president of global partner solutions.

“This type of role has been in Rodney’s sights as part of his long-term career plan, the timing was sooner than we anticipated,” according to the post. “We have a deep and talented bench of leaders who are in place to deliver business continuity with our partners and programs without interruption.”

The post continued: “We are actively discussing Rodney’s successor and expect to have a new leader in place by the beginning of our new fiscal year in July. We look forward to introducing this person at Microsoft Inspire, our annual partner conference on July 19-20.”

Clark has pulled out of speaking at Ingram Micro‘s Cloud Summit this week in Miami. He was replaced by Rodrigo Kede Lima, corporate vice president and president for Microsoft Latin America, according to the summit’s website.

CRN US has reached out to Microsoft and Clark for comment.

Clark started with Microsoft in 1998, according to his LinkedIn account. In his early years with the company, he held various positions, including global sales strategy and business development in Microsoft’s hardware division “managing Development and Engineering teams and Sales Management within OEM Sales.”

His resume also includes more than eight years with IBM, leaving the tech giant in 1998 with the title of sales and marketing manager, according to his LinkedIn account.