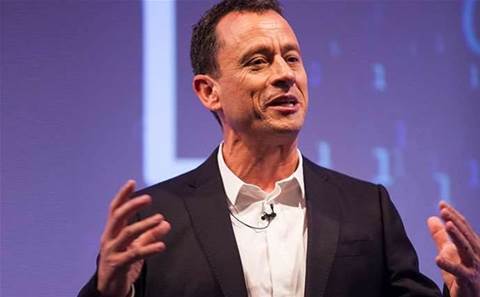 Speaking to CRN, Canalys said for even the most partner-centric vendors, challenges in managing complexity and relationships in their indirect businesses would continue to arise as the industry shifted towards digital, cloud and as-a-service.

A Canalys spokesperson told CRN “the difficulty of driving greater simplicity in programs and processes, when the complexity of technology solutions and consumption models increase,” was one key challenge, and added that the need to maintain consistency was challenged as vendors also needed to change their partner engagement models to keep up with new technology trends.

That issue in particular was given colour when Canalys chief executive Steve Brazier called out vendors like Microsoft, Cisco and HPE during the opening keynote of the company's Barcelona conference, making statements first reported by channelnomics.eu.

"Our message to [Microsoft]: you are too complicated. Please stop changing the programme every August. You don't need to change it every 12 months. Stability would make life easier for each of you," he said, according to the publication.

Brazier also reportedly came down on HPE and Cisco, saying HPE’s recent global restructure had left some partners working in multiple countries under-served, and that Cisco’s shift from hardware to software meant it was neglecting its certified internetwork expert partners.

When speaking to CRN, Canalys said the importance of maintaining personal relationships with partners was also challenged by vendors introducing more automation into programs and partner management, factors which made channel management “fraught with risk”.

Particularly the risk of alienating partners “either because the vendor is trying to move too fast in a new direction, or not fast enough (either of which could drive partners into the arms of a competing vendor)” the spokesperson added.

“With every partner pursuing different business models – in order to enhance their own differentiation – this makes it even more challenging for a vendor to manage its partner base through a standardised program.

“This requires a new level of skill in vendor channel management,  which can be in short supply, especially as the industry overall continues to move towards, not away from, partner-led business.”

Another thought said to be weighing on the minds of major IT vendors ahead is how they remain relevant, Canalys stated, as their channel partners shifted more towards solution-oriented, hybrid IT models in response to customer demands.

“If the brand on the box becomes less important for a partner than delivering a technology solution to a customer’s business problem, the partner can easily look beyond its established vendor relationships,” Canalys said.

“Most vendors’ channel incentive models remain linked to product performance, but when partners shift more of their value towards their own services, solutions and IP, this can break the link between vendor and partner profitability.

“Added to that is the risk of growing competition between vendors and their partners for lucrative professional services business, (especially at the top end of the market). Equally, there is a risk for vendors that as they evolve their own strategies towards software-defined, services and subscription models, their partners are not moving in the same direction or fast enough – which also leads to a loss of relevance.”

Canalys brings its Channels Conference to the Asia-Pacific region, where most Aussie delegates will experience the event, on 4 December for three days in Hong Kong.

Eliminating departmental friction within MSPs
By Michael Jenkin
Oct 26 2018
6:00AM